I'm currently reading/studying Benjamin Graham's work in Security Analysis (1951 edition) on page 112 & 113 he demonstrates the difference between FIFO and LIFO. Table 10 shows the difference between using FIFO and LIFO. The hypothetical company buys 10 million pounds of copper, 1 pound costs 10 cents initially (first year) end of year the cost is 15 for the first year, 20 for the second year and 10 for the last year (year 3). The company sells the copper for a 2 cent advance. he then states that if the cost was 5 cent the second year the inventory would be marked down to 500,000 (i understand this). He states that there would be a loss of 300,000 and a profit to be made up in the third year of 700,000. The part I do not understand. Can anyone explain how this is calculated? 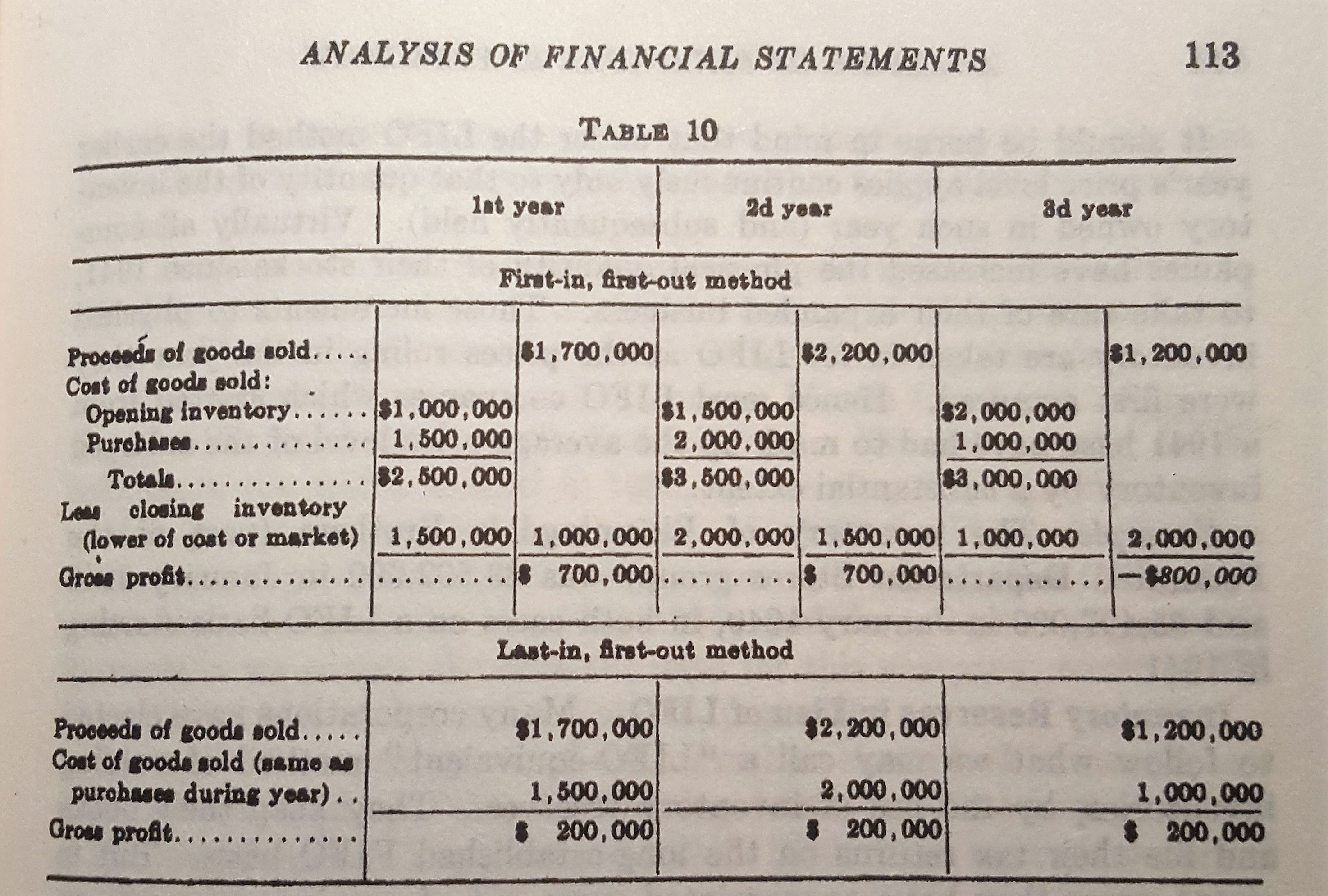 According to my calculations it seems misprinted. It is 800,000 loss not 300,000. I am reading the same edition. It’s really hard to understand inventory reserve and other stuff after this topic.

Not the answer you're looking for? Browse other questions tagged investing calculation accounting or ask your own question.