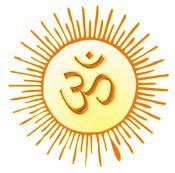 At age 6 I wrote a letter to Nintendo expressing my interest in becoming a game programmer. They actually wrote me a polite response, which regrettably I lost years ago. At age 8 I found a kids book about BASIC and took it into "computer lab" at school and asked if I could "try it." The teacher didn't know what that meant, and neither did I, so we just had me type some code into our word processor, only to be disappointed when nothing magical happened. At age 11 I got my first computer, a discarded 386 from the Veteran's Administration where my uncle worked, and began learning C++ from a book.

In 10th grade I took a Pascal class, and in 11th grade AP Computer Science using C++, both classes a year earlier than "normal." For the AP Computer Science test, I opted to take the "B/C" version, even though my class only covered the "A/B" content, and I scored a 3 out of 5. In spare time I made a crude wireframe 3D engine using a C++ line-drawing library. In 12th grade there were no more programming classes left to take, so I was an aide to the AP CS class.

In early 2015 I began working as a Senior Software Engineer at Bloomberg LP, where I am still employed. I write mostly C++ code on a UNIX backend, complimented by Python and JavaScript.

All Questions Answers
Votes Newest
4 What cost basis accounting methods are applicable to virtual currencies? Oct 17 '17
3 Full amount spent on Liabilites GNU cash Nov 23 '16
3 Why would someone want to sell call options? Jul 9 '17
2 Coding Expenses to Vendors Without Entering a Bill in GnuCash? Dec 13 '16
2 Remove VAT amounts from cash flow report Dec 22 '16
2 How would I set up an account in GNUCash to track savings and coupons Apr 18 '17
2 Term loan overpayment options: applied to principal, or…? Dec 23 '16
2 Source of funds for formation of IRA-owned LLC Sep 26 '17
1 Who originates loans guaranteed by the USDA Farm Service Agency? Apr 9 '14
1 How does the listed equity options market influence other financial markets? May 12 '17
View all questions and answers →