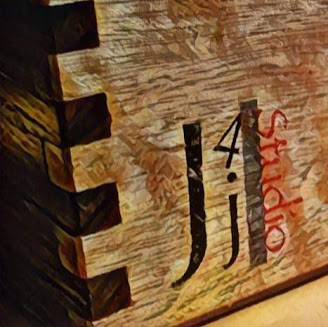 26 Years' experience in Finance. (Actually, I took a 6 year break during which I tended and managed bars for Club Med and sold some Real Estate, the latter only as a means to flee Florida, though).

I started in Investment Banking on Wall Street (Broad Street, actually), but after almost losing my will to live without a soul I left. That was just a couple of years before the crash in 2000.

I came back to Finance in 2004, this time with a goal: I wanted to help anyone I could avoid the mistakes that I'd seen cost so many people their jobs, fortunes, marriages, and sanity, to the extent those mistakes were about money and investing, that is.

Since earning the CFP professional(tm) designation in 2008 I've been trying to do just that. Unfortunately, few people want good advice during a bull market and fewer people want to be told what they're doing that's going to ruin their lives if they've made so much as 2 cents doing it, so...

I mostly prepare my clients for the few and far between events that make the difference between failure and success during an investing lifetime while fending off the worst instincts those same clients have every time they watch or read something from the seemingly limitless outlets for financial pornography our society has graced us with.

I'm also a frustrated musician: a singer, sometime guitarist, and I play the ukulele (what do you call that, a "ukulele-ist"? Doesn't sound right.)

I'm also an artist who produces miniatures and small household items and artworks in wood and loves to make things, in general.

I read too much-- no, really. I know people say, "You can't read too much!", but I fear I'm going blind from it, so there's that. But I love it, so I'll just have to learn to read Braille, I guess.

I live with my daughter, without whom I would have lost my mind long ago. She's 12 and far smarter and talented than she lets herself believe. She's definitely far smarter and talented than me. But she's a kid and I'm her Dad so nothing I say matters. I'm looking for people who don't know me (or who she thinks don't know me!) to tell her how great she is, but it's been tough what with being housebound during the pandemic, and all. Someday.

Oh, and lest he get jealous and pee on my pillow, I also live with a Bearded Dragon named Bubba who glares at me most of the time. I know it's probably projection, but I swear he's trying to Jedi mind-trick me into something great for him. Horrible for me, for sure, but great for him. I just haven't figured out what he's up to, yet... but I will. Mark my words.. I will. You hear me, Bubba? Yeah, that's right. Slink back into your hide. I can still see your eyes, Bubba. Cut it out.

We respect a laser-like focus on one topic.

All Questions Answers
Votes Newest
8 Consolidate Rollover IRA into my Roth IRA Apr 10
2 Investment instrument for investing money saved for a used car Apr 16
1 LTM Calculations for Wayfair Apr 10
1 Is it safe to invest in cryptocurrencies such as bitcoin? Apr 16
0 Is there any difference between a 2 for 1 stock split and a 100% stock dividend? Apr 9
0 Where can a normal person get the same leverage Bill Hwang got to buy stocks? Apr 11