What caused such a drop in stock value in the span of 10 minutes? 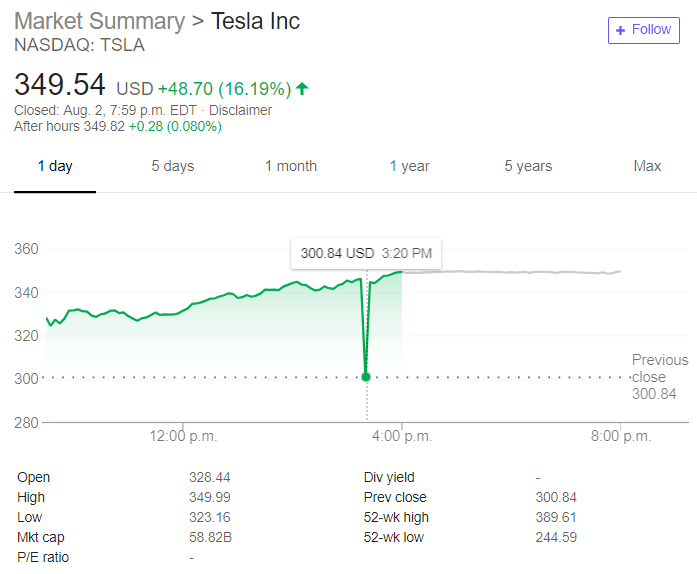 Refresh the report. You'll probably see that dip gone. It was likely just a glitch in the reporting data when you happened to run it. Oddities like this happen from time to time. When you see something extreme like this, it's best to check multiple sources and re-run the reports again a bit later. 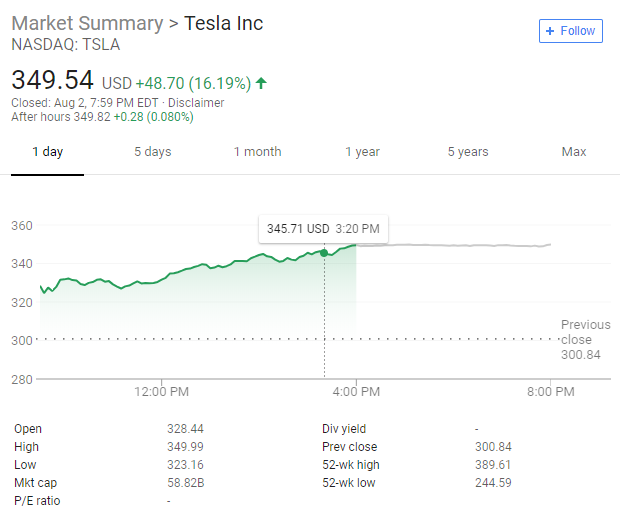 There are only a couple of companies that provide exchange data and there are a ton of resellers. Websites that get data take in data feeds and big web sites connect their API with the feed provider's.

In this case there was probably a trade published at that price. It could have been fixed almost instantly or 5 mins later or an hour later. The exchange would fix it and send the message through its API to the feed of one of the big exchange feed providers.

I would really rule out it being an issue with one of the providers as this is a huge company to have a data issue with and would probably filter to hundreds/thousands of websites if it was an issue there.

So the most likely scenario is this website's API does not does not actively look for refresh messages and probably has them on a schedule - some websites just wrap them up at the end of market. Some may do them once an hour and so on. And some that do them at the end of market but get complaints on a stock this popular will force a refresh out of the norm. Just an average day in running financial web apps.

(On a side note as I don't want to take away with how things logistically work. Most errors come in the end of market wrap up. Meaning I am guessing that the 3:30 time was the end of the normal market hours for that exchange. The exchanges usually dump everything all at once - this is because daily highs/lows/volume and key stats are usually a reflection of market hours not after market moves. And during this data dump there is a much much higher chance of wrong messages sent. It is very likely that someone had a bid listed at that price that was never executed but an end of market program executed it as a trade briefly)

2
Would a stop sell order execute if the stock suddenly dropped and recovered?

2
Highest market cap for a company from historical data
2
What happened to GOOG-stock? Why isn't it 1.000 USD?
1
A stock just dropped 8% in minutes and now all of a sudden the only way to buy is on the ask, what does this mean?
1
Is it prudent to sell a stock on a 40% rise in 2 months
33
What happened to Home Depot's Stock in 1988?
0
Why do some stocks drop suddenly in the after-hours?
0
What caused AMZN's price to spike down then up $100 in 60 seconds?
3
Option Value going lower even if the Price of the Underlying stock goes high
0
Searching for stock risk measure where a value of around 15 is fine
1
Why did Prosus NV's PE ratio fall so sharply?