Given the current state of the economy and the future out look, what would be the best option for someone who has to move pounds to either AUD or USD? What would be the advantages or disadvantages of either? I am an Australian national currently living in the US and will eventually end up back in aus.

Unfortunately it is absolutely impossible to guess which way the currency pairs will move.

Any opinion, whatsoever, you are given (here or elsewhere) is purely opinion. 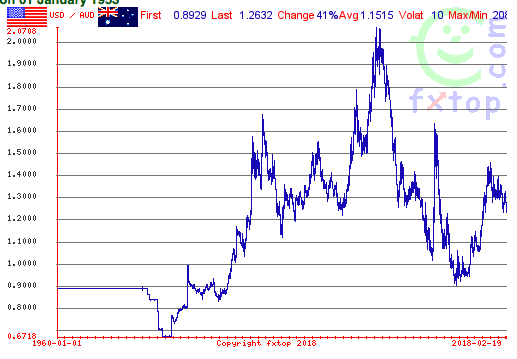 It's important to realize that in any opinion you see, the rationale for that guess will be based on one of two things:

These are sheer guesses, and - moreover - any causality is a sheer guess.

Similarly if someone gives you

These are sheer guesses, and - moreover - any causality is a sheer guess.

It's absolutely impossible to know.

BTW IMO the AUD/USD pair is particularly "tricky"; it's a pair that "experts" and TV hosts often get wrong and that often moves contrary to noisy predictions. (Ask any active currency trader this, they'll tell you it's a tricky pair.) Tough one!

Not the answer you're looking for? Browse other questions tagged foreign-exchange australia international-transfer usd-us-dollar gbp-british-pound or ask your own question.

6
What are the tax implications of buying US stocks from Australia?
15
Where should I park my money if I'm pessimistic about the economy and I think there will be high inflation?
1
Cheapest/easiest way to convert AUD to USD on a short-term (2-3 month) basis
2
What is the most common and profitable investment for a good retirement in Australia?
1
Buying an investment property in Australia - what are the advantages and disadvantages of building a house vs buying an existing one?
4
How to protect an exchange rate advantage while studying abroad?
0
AUDUSD vs. Apple's bad results in China - WHY is this positive correlation (it has nothing to do with AUD!)?
0
Small Business foreign exchange