From what I can see: 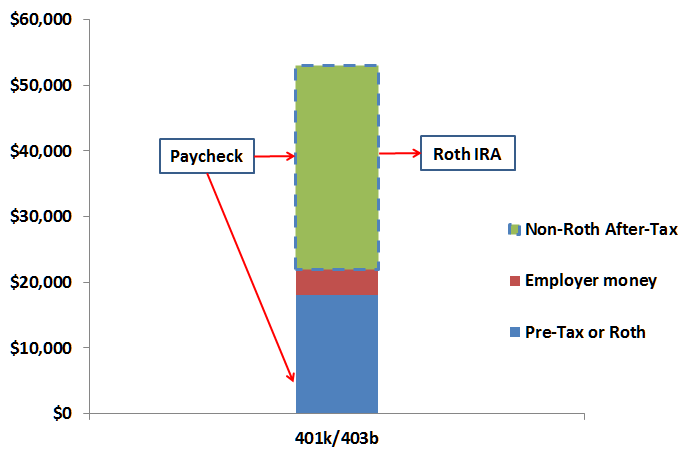 Some 401(k) plan allows a so-called Roth in-plan conversion, which consist in transferring money from the after-tax 401(k) to the Roth 401(k).

I haven't heard of a company allowing you to convert an after-tax 401k to a Roth 401k, though an after-tax 401k to a Roth IRA conversion is common and has basically the same upside. You'll have a taxable event on your gains until the point of the conversion, but that's a small price to pay to make sure all future gains are tax free. I agree, there really is no downside.

I found one con of converting an after-tax 401(k) to a Roth 401(k) (aside getting taxed during the conversion on any earning of the after-tax 401(k)): the money converted to a Roth will no longer be eligible for after-tax withdrawals.

From http://about401k.com/withdrawal/after-tax/ (mirror) (the article is worth reading entirely):

Another added benefit of an after tax 401k withdrawal is that you will not owe the IRS a 10% early withdrawal penalty for taking the distribution even if you are under the age of 59 ½. Sweet deal!

So that's a very small con: it's only an issue if you're short on money before you can make qualified withdrawal from the 401(k) and you cannot roll over your after-tax 401(k) to Roth IRA (which would allow you to withdraw your contributions without any tax: Can one roll over an after-tax 401(k) to a Roth IRA, then any time in the future withdraw my contributions tax-free and penalty-free?)

Note that some (not all) 401(k) plans propose to automatically convert any after-tax 401(k) contribution into Roth 401(k) (instead of having to perform the conversion manually). 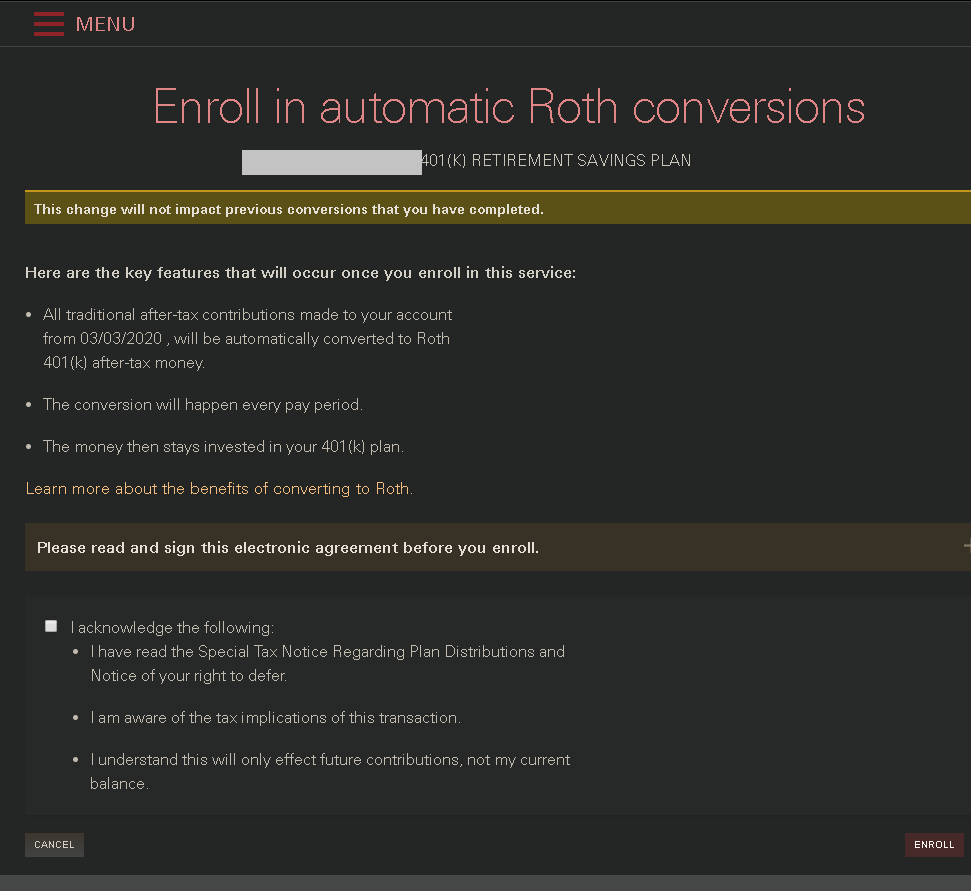 Not the answer you're looking for? Browse other questions tagged united-states 401k roth-401k or ask your own question.