What is a "Triangle" and how do you calculate it?

So while looking at LiteCoin graphs that "analyst" (used loosely because I don't know their creds) put together, I saw this and I was curious how to come to this conclusion. 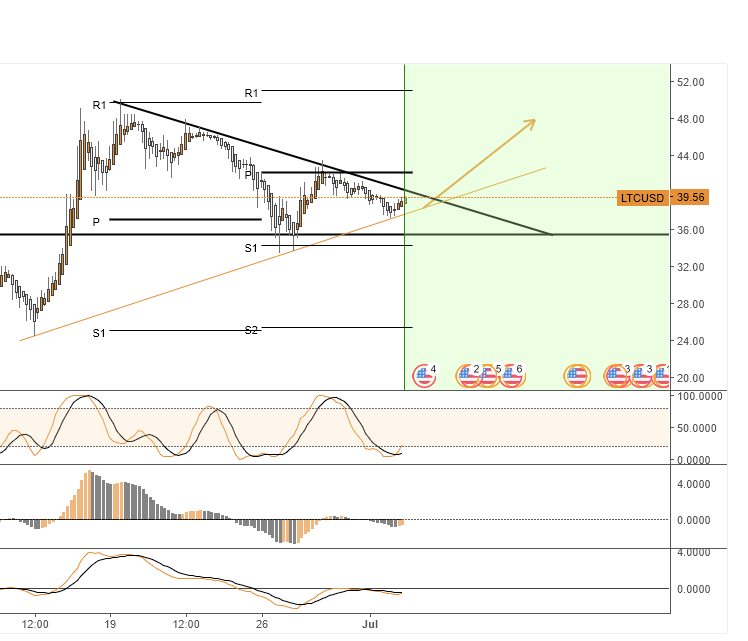 The triangle implies that the range between price highs and lows are decreasing until price breaks out either above the resistance trend line or below the support trend line. The breakout either way could be relatively large and could continue for several days or even up to several weeks. The breakout can usually coincide with news about the asset (either good or bad) but doesn't have to.

In my opinion, based on my experience and the Slow Stochastic indicator, I would say that the break would most probably be on the upside.

Not the answer you're looking for? Browse other questions tagged stock-analysis technical-analysis or ask your own question.

4
What are support and resistance of a stock?
3
Why do moving average acts as support and resistance?
4
Rationale behind using 12, 26 and 9 to calculate MACD
1
How to calculate a trendline
0
Does negative P/E ratio mean stock is weak?
2
What is C.O.T movement index and how do I calculate it?
3
What do the green and red bars show in this Yahoo Chart and it's impact on stock price?
0
How to interpret this conflicting trends in OBV and Accumulation/Distribution Indicator?
1
What is the meaning of large and small gaps in any given MACD?
0
Calculate stock price range using standard deviation