I know this is a bit too trivial for most of you, but please bear with me as I am a novice at this.

My question is: How often does an investor lose money?

What I know is: investors lose money by either selling a share at a price that is lower than what they bought it for, or in a situation where the company goes bankrupt.

So how often do investors really lose money? Is there any data on this?

So how often do investors really lose money?

The short answer is, every day.

If the price of the share gets lower, the investor can just wait until it gets higher. What are the chances that it won't forever, or for years?

There are many stocks whose price goes down and then down further and then to zero. The most apparent example is, of course, Enron. The stock went from about $90 per share to zero in about 18 months. For it to have been sold at $90, obviously, someone had to buy it. Almost no matter where they sold it, they lost money. If they didn't sell it, when the stock was worthless, they lost money. https://en.wikipedia.org/wiki/Enron#/media/File:EnronStockPriceAugust2000toJanuary2001.svg

There are more modern examples of companies that are declining in a rapidly changing market. For example, Sears Holdings is getting beat down by Amazon and many other on-line retailers. I suspect that if you buy it today and wait for it to go higher, you will be disappointed. https://www.google.com/finance?q=NASDAQ%3ASHLD&ei=E8_fWIjWGsSGmAGx7b_IAw

The more common way to lose money is to either not have a plan or not stick to the plan. Disciplined investors typically plan to buy quality stocks at a fair price and hold them long enough for increasing sales and profits to bring the stock price up. If, later, he hears a bit of bad news about his stock and decides to sell out of panic or fear and become a trader instead of keeping to the plan to remain a disciplined investor, he is likely to lose money. He will lose because no-one can predict accurately that a stock is going down and will never recover; nor can he predict accurately when a stock is going up and will never falter.

The chance of bankruptcy (especially for huge companies like Apple) is really low, as I see it, but I may be wrong.

Thousands of people lost billions of dollars thinking that about Enron, too. I too believe Apple is a fine stock with excellent prospects, but technology changes and markets change. Twenty or thirty years from now, it may be a different case.

How often do investors really lose money? All the time. And it's almost always reason number 1.

Let's start with the beginner investor, the person most likely to make some real losses and feel they've "learned" that investing is no better than Vegas. This person typically gets into it because they've been given a hot stock tip, or because they've received a windfall, decided to give this investing lark a try, and bought stock in half a dozen companies whose names they know from their everyday lives ("I own a bit of Google! How cool is that?"). These are people who don't understand the cyclic nature of the market (bear gives way to bull gives way to bear, and on and on), and so when they suddenly see that what was $1000 is now $900 they panic and sell everything. Especially as all the pundits are declaring the end of the world (they always do). Until the moment they sold, they only had paper losses. But they crystallised those losses, made them real, and ended at a loss.

Then there's the trend-follower. These are people who don't necessarily hit a bear market, or even a downturn, in their early days, but never really try to learn how the market works in any real sense. They jump into every hot stock, then panic and sell out of anything that starts to go the wrong way. Both of these reactive behaviours seem reasonable in the moment ("It's gone up 15% in the past week? Buy buy buy!" and "I've lost 10% this month on that thing? Get rid of it before I lose any more!"), but they work out over time to lots of buying high and selling low, the very opposite of what you want to do.

Then there's the day-trader. These are people who sit in their home office, buying and selling all day to try and make lots of little gains that add up to a lot. The reason these people don't do well in the long run is slightly different to the other examples. First, fees. Yes, most platforms offer a discount for "frequent traders", but it still ain't free. Second, they're peewees playing in the big leagues. Of course there are exceptions who make out like bandits, but day traders are playing a different game than the people I'd call investors. That game, unlike buy-and-hold investing, is much more like gambling, and day-traders are the enthusiastic amateurs sitting down at a table with professional poker players – institutional investors and the computers and research departments that work for them.

Even buy-and-hold investors, even the more sophisticated ones, can easily realise losses on a given stock. You say you should just hold on to a stock until it goes back up, but if it goes low enough, it could take a decade or more to even just break even again. More savvy stock-pickers will have a system worked out, something like "ok, if it gets down to 90% of what I bought it for, I cut my losses and sell." This is actually a sensible precaution, because defining hard rules like that helps​ you eliminate emotion from your investing, which is incredibly important if you want to avoid becoming the trend-follower above. It's still a loss, but it's a calculated one, and hopefully over time the exception rather than the rule.

There are probably as many other ways to lose money as there are people investing, but I think I've given you a taste. The key to avoiding such things is understanding the psychology of investing, and defining the rules that you'll follow no matter what (as in that last example). Or just go learn about index investing. That's what I did.

The earlier answers answered the question on how a more practical trader can lose money. Here I'd like to mention some obtuse ways

In the best hedge funds and proprietary trading funds, stock selection is approached very scientifically in order to minimize losses/maximize gains. Researchers think of a trading idea and carefully test it to see which methods of stock selection work and how well, and finally they combine them. 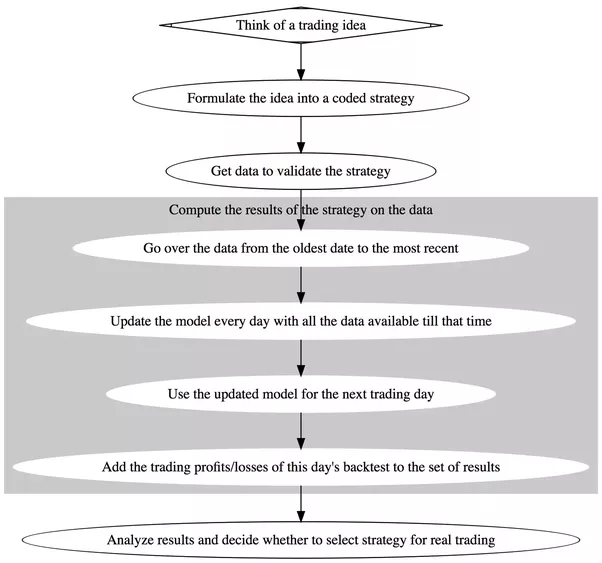 Every day researchers update their models based on the past performance of each indicator. 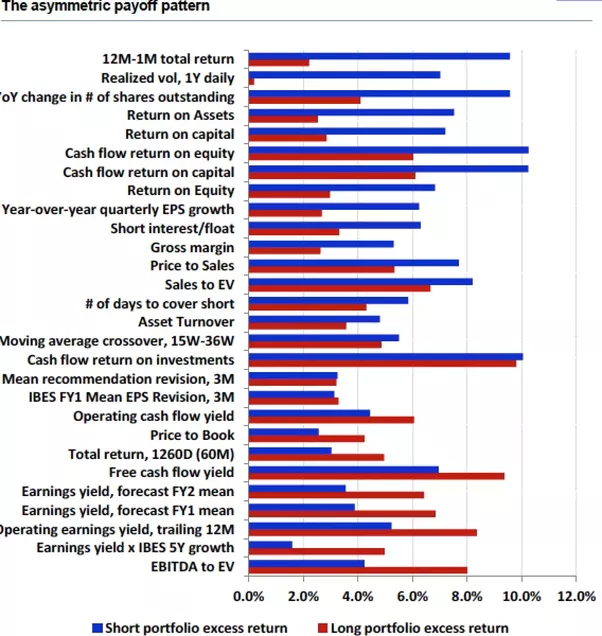 All this is just too much work to be done manually. Firms use machine learning methods to understand markets. They try to figure out what is normal, what did not happen correctly at a specific time, what will happen in future. For instance, they use deep learning networks to look at unlabeled data, and figure out what is normal and what is not. These networks can analyze an unstructured haystack of noise, and separate out the signal. This is very relevant to finance and markets because finding the patterns and anomalies in market data has been the bread and butter of traders for decades. Deep learning networks give us applications like feature learning. By 'features,' I'm referring to certain attributes in data that indicate an event. By anticipating them, we can help predict future price movements.

New technology is allowing us to break new ground in managing risk, to be a-typical and manage risk in ever-improving ways. It's the responsibility of every trader, whether working for themselves or others, to take advantage of this technology to improve the collective investing experience.

I care very deeply about this. I have many close friends, in the finance world and without, who have lost large amounts of money to poor trade tools and lack of transparency.

Trading is NOT zero-sum game, it is negative sum actually. In fact all people's money is getting swept by commissions and fees. If you don't have The Plan (which includes minimizing commission losses), you win some (not a lot), then you get big positions, then market crashes, then all your money is gone.

You will start noticing that commissions are real, only when you get market crash.

Prey that you get heavy losses (-10% of portfolio) before some (giant) market crash. Getting good lesson by small price is better then high price (-30..50%).

Piece of advice. There is small exchanges that do NOT charge you for operations, taking only market spread ($0.01) as commission. They do so because they do not have big population and they trade mostly by using automatic market-makers (which means there is no way to buy 10% of Apple there).

Not the answer you're looking for? Browse other questions tagged stocks investing starting-out-investing risk losses or ask your own question.

-5
How can you possibly lose on investments in stocks?

29
Shares: are they really only for the rich/investors?
10
What price can *I* buy IPO shares for?
1
Can a wealthy investor invest in or make a deal with a company before it goes public / IPO?
2
What do brokers do with bad stock?
2
Putting the gordon equation into practice
5
For young (lower-mid class) investors what percentage should be in individual stocks?
0
Buying shares- Stocks & Shares ISA, or Fund & Share account?
1
Calculating the value of an investors inventory