How to file form 8606 when doing a recharacterization followed by conversion?

Now I am trying to figure out how to file form 8606. This thread helped me a lot but it took a while to parse all of it and I think it would be useful to have this topic as a concise Q&A on this site. So given the facts above, are the forms below filled out correctly? What is purpose of line 14 (the basis) in form 8606? 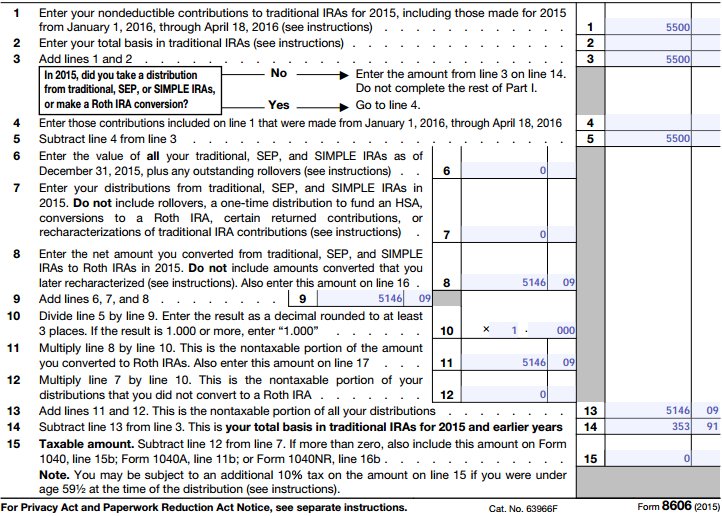 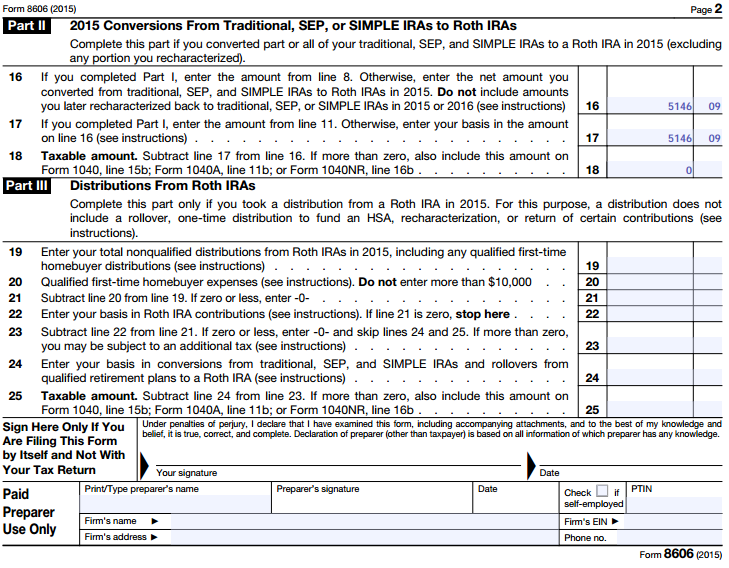 Also these are the 1099-R forms I got from my custodian (vanguard). Are these correct?

1099-R when I did recharacterization:

Not the answer you're looking for? Browse other questions tagged united-states ira roth-conversion form-8606 recharacterization or ask your own question.

5
Avoiding ammending taxes for forthcoming 1099-R for 2011 when filing 2010 for IRA
1
Is this the right tax statement for Roth IRA back conversion?
2
How to file tax return when doing a backdoor roth conversion?
0
Roth IRA recharacterization, earnings, and conversions
1
I incorrectly filed Form 8606 in 2013
2
Backdoor Roth IRA conversion deadline and taxes?
2
IRA - Back Door Conversion, Tax Filling - 1040, 8606 and 1099R
1
I accidentally recharacterized nondeductible IRA contribution to Roth