What would happen if the Euro currency went bust?

Seems to be a lot in the news recently (Google Business news UK) discussing that the euro currency may not survive. They suggested it has a 1/5 chance of surviving the next decade.

What would actually happen if it did collapse, would each country go back to using its old currency? Maybe its a good idea I didn't throw away those 20 German Marks I found in a recent clearout.

Each country would have to go back to its own currency, or the rich countries would just kick the poor ones out of the EU. It would be bad for the poor countries, and the global economy would suffer, but it really wouldn't be a big deal.

These rumors are here just to help dollar stay alive. Euro have problems, but they are rather solvable, unlike dollar situation.

Even if something wrong would happen - countries would return to their national currencies, mainly Germany & France are important here. This does not means that EuroUnion would be destroyed - some countries live in EU without Euro and they are just fine. 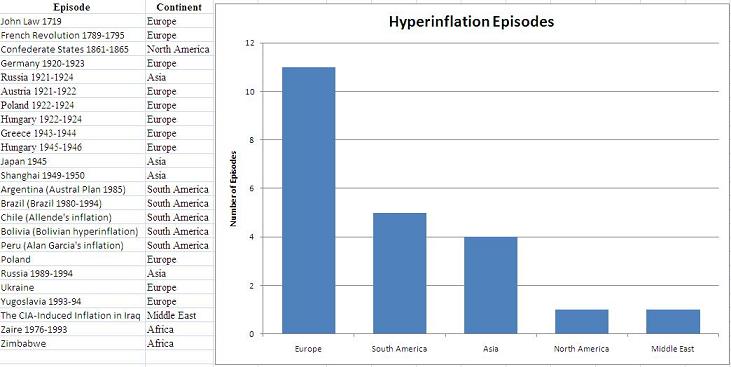 I'm not sure what would happen if the Euro failed. It depends on how it fails. If it fails quickly (which most do) then there will be bank runs, bank holidays, capital controls, massive price increases, price controls, and just general confusion as people race to get rid of their Euros. Black markets for everything will pop up if the price controls remain in place. Some countries may switch to a foreign currency (i.e. the US dollar if it is still around) until they can get their own currency in circulation.

I'd have anything you would need for maybe 3-6 months stored up: food, fuel, toiletries, other incidentals. What might replace the currency after the Euro collapses will be the least of your concerns when it does collapse.

3a. Maybe, just possibly, de facto controls, with banks forbidden to transfer deposits out of country and limits on cash withdrawals.

3b. Alternatively, or maybe in tandem, huge draws on ECB credit to keep the banks from collapsing.

4a. Germany has a choice. Accept huge indirect public claims on Italy and Spain, plus a drastic revision of strategy — basically, to give Spain in particular any hope you need both guarantees on its debt to hold borrowing costs down and a higher eurozone inflation target to make relative price adjustment possible; or:

And we’re talking about months, not years, for this to play out.

The result would be catastrophic. The almost-reserve currency would collapse which would produce a medium sized depression, perhaps same with with 2008-now, or even larger, since don't forget, that one was produced from a housing bubble existing in only a part of the american economy; imagine what would happen if almost the full size of the economy (Europe) would collapse, even if Europe isn't as much "connected".

But reality here is, there's no chance to that. The real reason you hear those rumors is that America (along with minor partners like the British Sterling) want to bring down the Euro for medium-term benefit. e.g. Several economists get on Bloomberg announcing they are short selling the Euro.

Not the answer you're looking for? Browse other questions tagged currency eur-euro or ask your own question.

20
Does gold's value decrease over time due to the fact that it is being continuously mined?
4
How much control over the Federal Reserve does the U.S. Government have?
7
What will be the long term impact of the newly defined minimum exchange rate target from francs to euro?
9
Why could the serious financial woes of some EU member states lead to the end of the Euro?

11
When will the U.K. convert to the Euro as an official currency?
9
Why could the serious financial woes of some EU member states lead to the end of the Euro?
10
What exactly happens to Euro if one of European Union countries goes bankrupt?
3
If Greece decides to stop using the Euro, how would they implement it?
7
What will be the long term impact of the newly defined minimum exchange rate target from francs to euro?
3
Why do the 1 and 2 euro cent coins exist and why are they used?
3
What is "digital euro"?
1
Alternatives to cheques in the Euro zone