Pitfalls of a Home Equity Loan

A person asked me a question, and quite frankly I am stumped! They have the opportunity to lower refi their home and lower their interest rate by about .75% with no closing costs. They would be replacing a conventional mortgage for a fixed rate home equity loan.

Are their any caveats or pitfalls for doing such?

The home equity loan would be the only loan on the property and therefore in first position.

Given the comments, here is the advertisement from the bank: 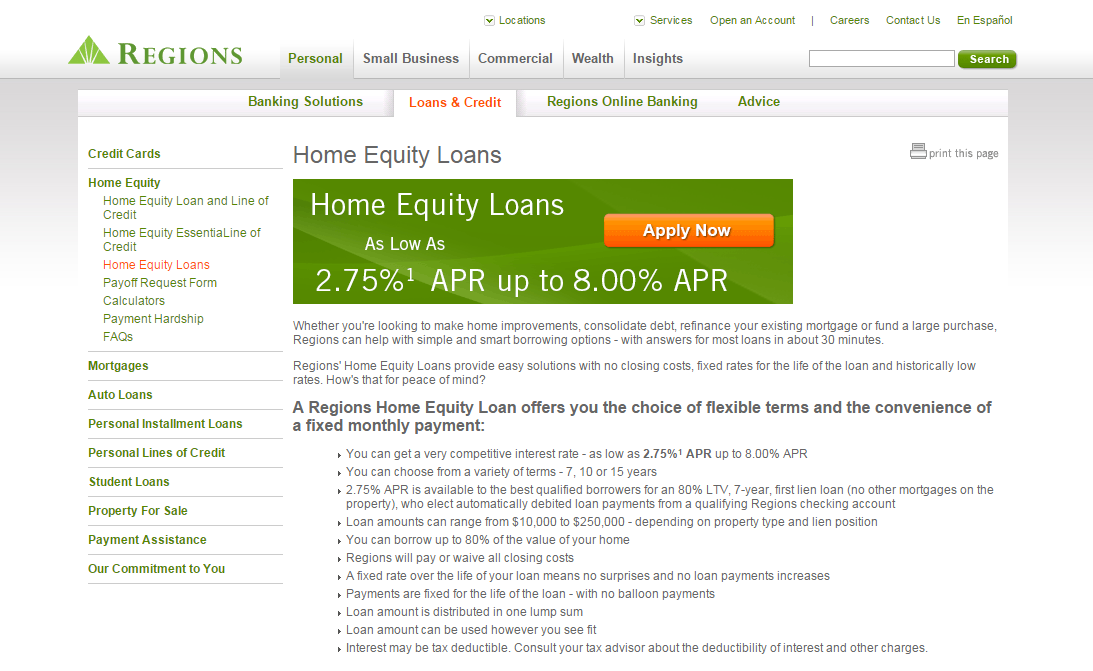 Given today's interest rate environment, i.e. A sub 2% 10 year treasury, the rate makes perfect sense. And it would stand to reason that a 7 year offer would be lower than what the friends had for their 30 year mortgage.

If the bank is reputable, and this deal has no closing costs or hidden fees, it would be a shame to pass it up for the fact that it seems too good to be true.

There are several reasons not to do this in general, though each case is different.

If this is a Home Equity Loan, not a HELOC, and has a fixed rate, then it's not necessarily a bad idea, though it does come with a set of relevant concerns.

The major one I've found is that Home Equity Loans usually have an early payoff penalty. Not a big deal if you're not planning to pay it off early, but very relevant if you are (and this presumably includes selling the house - check the terms of the note carefully.) They also tend to have shorter payoff terms - make sure you're comparing apples to apples here in terms of rates.

If it's a HELOC, then it's quite a bit more risky.

Traditional HELOCs are usually not fixed rate loans. While it may be possible to get a fixed-rate HELOC, it doesn't really make sense that it would be lower interest than a mortgage - unless it's identical to a mortgage. The ability to re-borrow on it at a later date and the usual repayment schedule aren't consistent with lower interest. Because of this, even mortgage sites don't recommend you use a HELOC this way.

There are "Hybrid" HELOCs which have the option of a fixed rate for a portion of the HELOC, but that rate tends to be higher than the variable rate (just like with an ARM vs. fixed rate mortgage).

Now, of course, if your friend (or whoever asked you this) is in a special situation - like he/she still owes most of the cost of the house, but is moving in two or three years, and wants to just cut payments now - a variable-rate option might work (since they'll be paying mostly interest for now and will lose some of the risk by planning to sell before the rates can go too high). However, there's still risk there - risk of another crash or the house not being able to be sold for one reason or another.

Not the answer you're looking for?Browse other questions tagged mortgage refinance or ask your own question.

6
Does it make sense to switch from a 30 year 6.99% loan to a 6.89% loan (Australia)
17
What is the incentive for a bank to refinance a mortgage at a lower rate?
9
Should I get a personal loan to pay on my mortgage to go “above water” to qualify for a refinance?
3
What is the process to refinance a home?
9
Stop paying your mortgage to lower your interest rate?
3
Is it beneficial for me to refinance my house at a lower rate?
3
How Can We Refinance A Home Mortgage As Part of A Divorce?
11
Refinancing immediately after closing on a house purchase
3
To Cash-Out Refi or Not?
2
What are the downsides to refinancing a mortgage, if any?