How common is counterfeit money in circulation?

I've noticed recently that several places where I paid with a $20 bill, the cashiers used a small marker to detect whether the bill was counterfeit or not before accepting it. Like so: 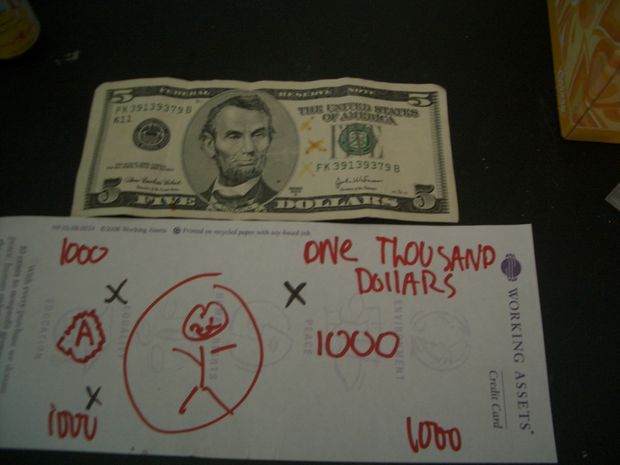 I saw this happen at

I could understand a bank doing this, since it's their job to be strict, but at common salt of the earth places like the movies and the post office?

It seems to me that counterfeit 20 dollar bills should be incredibly rare. But if a bunch of common places check for them .. that implies they must be appearing with some regularity?

Are counterfeit 20 dollar bills (or, is counterfeit money in general) really that common in circulation?

According to this study put out this year by Judson and Porter, the face value of counterfeit currency relative to the total amount in circulation is about 0.01%:

We conclude that the total value of counterfeits in circulation at any moment is on the order of $60 to $80 million, or less than $1 for every $10,000 outstanding, and is highly unlikely to exceed $220 million, or less than $3 for every $10,000 in circulation. Further, we conclude that the incidence of counterfeits is roughly the same inside and outside the United States ...

Actual numbers from five years ago suggest about the same:

Out of the approximately $759 billion in U.S. dollars held in U.S. currency in the form of banknotes (paper currency) in circulation outside the U.S. Treasury and the Federal Reserve at the end of 2005, the Secret Service reported that about $61 million in counterfeit currency was passed on the public worldwide. Of the counterfeit currency passed, the majority, $56.2 million, was passed in the United States, with the remainder passed abroad.

As to why they're checking: Would you want to receive a counterfeit bill?

Costco checks my cash when I check out. The guy I got a buggy ride from up in upstate New York checked my bill. It's easy to check certain things on the bill. Why not?

In the few places I worked in my younger years, the establishment lost the value of the counterfeit note when they attempted to pay it in at the bank - they simply won't honour the note.

I remember working a New Years Eve one night and we had taken a few hundred pounds in fake twenty pound notes. The staff were given a strong telling off, because these note were effectively useless and it was up to the staff to check that the notes were genuine.

I imagine that they check it because if they accept one from you and then their bank discovers it when they try to pay it in, it's their loss.

This is supposed to be a comment, as this is anecdotal, but I can't post comments. Also, this information relates to the UK. I used to work in a Licensed Betting Office, or a bookies to use the informal word for it, and we had to deal with this issue all the time.

The pens didn't really work all that well as the forgers found out that dipping forged notes in fabric softener nullified the effects of the pens, and some of the copies were incredibly good.

Generally, we would take two or three notes per week.

The counterfeit bills that are most popular near my school take a 1 dollar bill, wash the ink off, and print a 20 dollar bill image onto it. A pen cannot detect these. If you have a good printer, you can go from 10 one dollar bills to 10 twenty dollar bills in a day. Mostly teens do this, so 200 dollars is a lot of money. Also, the paper keeps all security feature except for the metallic ink, so the bills don't work at a bank. a guy I know makes money, turns it into bitcoin, transfers it to a zcash account, and then to another zcash account. the money becomes untracable.

6
When going abroad, how do you take your money?
4
How to save money on currency conversion
1
Legal way US based Employer transfer money to India based employee
2
How do I bring money overseas?
0
Which US coin type has more older coins in circulation?
0
How does a cash currency trader without a trading system make money