Why are real-term bond yields systematically declining, and what does it mean for investors?

I'm having hard time understanding what is causing the trend below: 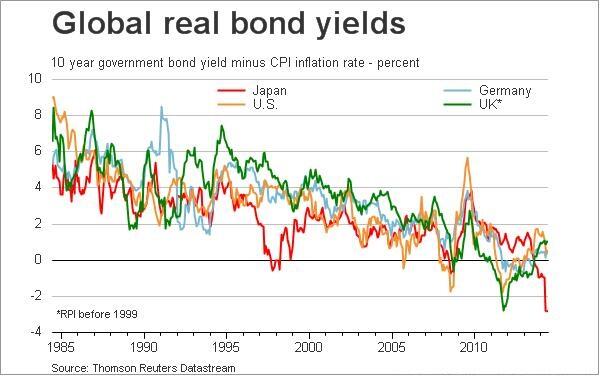 In theory, since it is inflation adjusted I'd expect the yield to fluctuate with the economic cycle, but not systematically drift in a particular direction. What's going on here, and what does it mean for an average investor?

Keep in mind there are a couple of points to ponder here:

A good question to ponder is has this happened before in the history of the world and what could we learn from that point in time. The idea for investors would be to find alternative holdings for their cash and bonds if they want to beat inflation though there are some inflation-indexed bonds that aren't likely appearing in the chart that could also be something to add to the picture here.

On a longer time scale, the plot thickens: 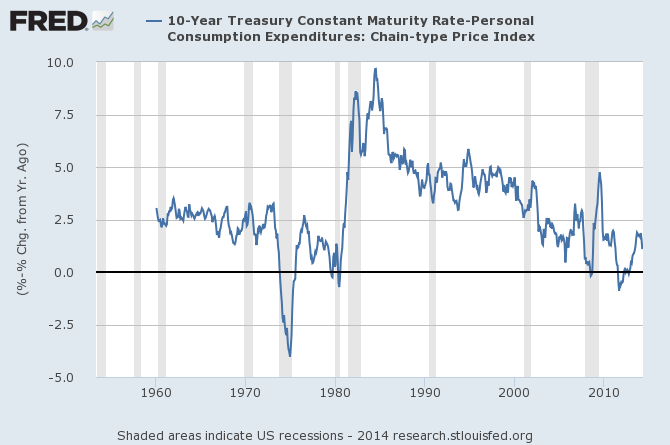 It almost looks random. A large drop in real rates in the mid-70s, a massive spike in the early 80s, followed by a slow multi-decade decline.

The chaos doesn't seem to be due to interest rates. They steadily climbed and steadily fell: 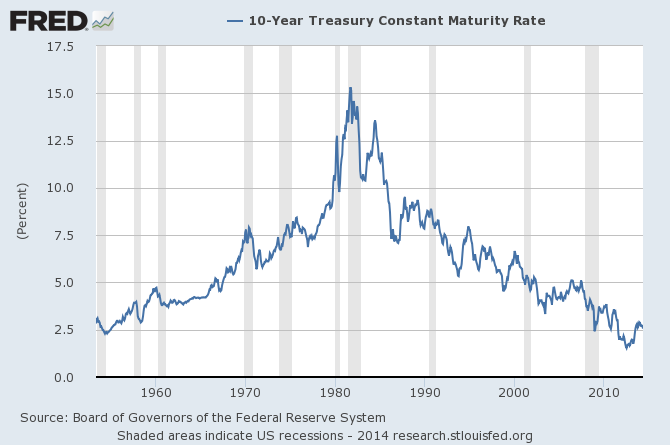 All that's left is inflation: 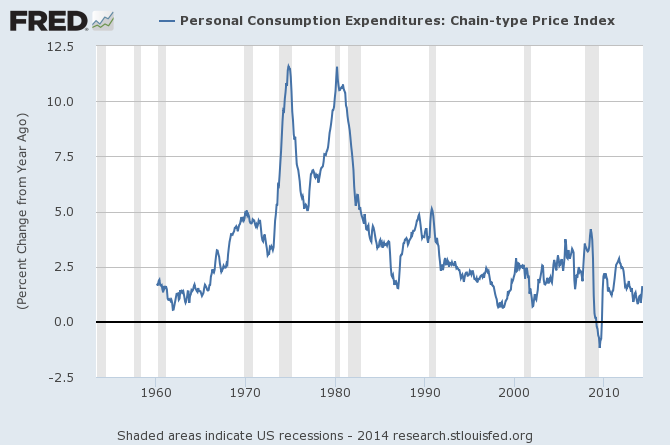 First, real rates should be expected to pay a moderate rate, so nominal rates will usually be higher than inflation.

However, interest rates are very stable over long time periods while inflation is not. Economists call this type of phenomenon "sticky pricing", where the price, interest rates in this case, do not change much despite the realities surrounding them.

But the story is a little more complicated.

In the early 1970s, Nixon had an election to win and tried to lessen the impacts of recession by increasing gov't spending, not raising taxes, and financing through the central bank, causing inflation. The strategy failed, but he was reelected anyways.

This set the precedent for the hyperinflation of the 1970s that ended abruptly by Reagan at the beginning of his first term in the early 1980s. Again, interest rates remained sticky, so real rates spiked.

Now, the world is not growing, almost stagnating. Demand for equity is somewhat above average, but because corporate income is decelerating, and the developed world's population is aging, demand for investment income is skyrocketing.

As demand rises, so does the price, which for an investor is a form of inverse of the interest rate.

Future demand is probably best answered by forecasters, and the monetarist over and undertones still dominating the Federal Reserve show that they have finally learned after 100 years that inflation is best kept "low and stable": 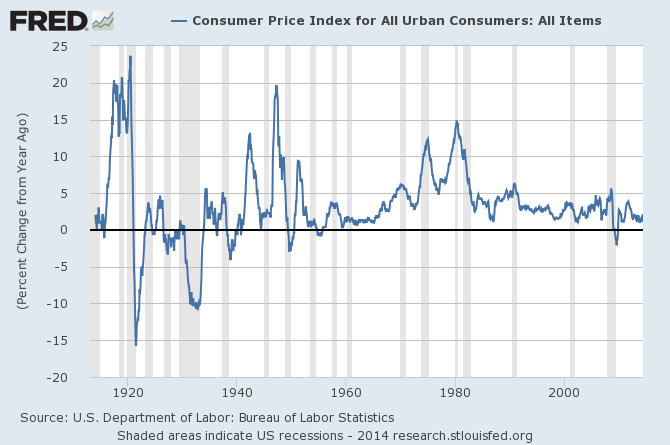 But what happens if growth in the US suddenly spikes, inflation rises, and the Federal Reserve must sell all of the long term assets it has bet so heavily on quickly while interest rates rise? Inflation may not be intended, but it is not impossible.

Not the answer you're looking for? Browse other questions tagged bonds economics government-bonds or ask your own question.

5
Why are both government and commercial bond prices rising?
5
How to read bond yield quotes? What do the time, coupon, price, yield, and time mean?
7
What does S mean in a bond name?
2
Why are some medium term UK government bond (gilt) prices seemingly so disparate?
4
What does a long term bull market in bonds mean?
1
What kind of bonds are ideal for short term investments
3
Interest rates and what does “discount” mean?
2
What does “Principal” mean in this definition of Bond Duration?
1
Why are long-dated US treasury bond yields so low?
4
Why are bond ETFs typically recommended for diversifying into bonds?