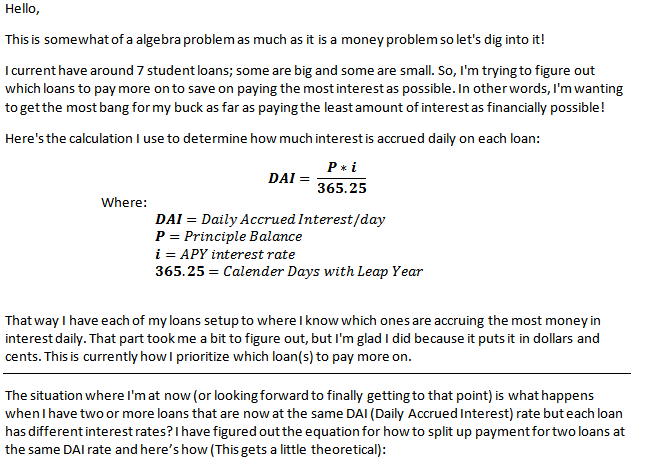 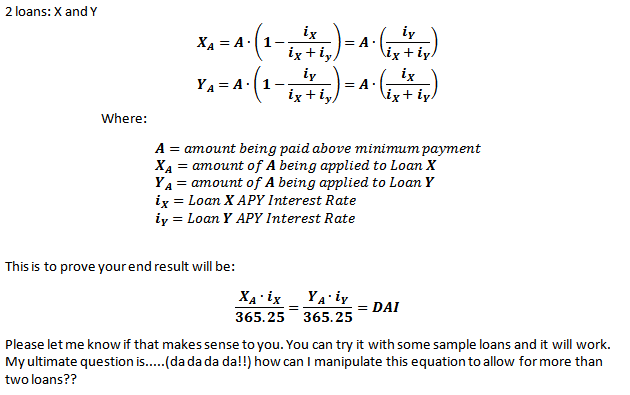 Make the minimum payments on all but the highest rate loan. To that loan, send the payment and as much extra as you can afford. Plain and simple. All else is either extra work or nonsense.

There are web sites which help you do these kinds of calculations. One that I have used is PowerPay which shows you how much you save and how the plan to pay off loans works, i.e. you have n payments till the highest interest loan is paid off, and then m additional payments till the next, etc. But the bottom line is no different from what @JoeTaxpayer has already told you: make minimum payments on all but the highest interest loan which gets all the available extra money.

On a slightly different issue, be careful with balance transfer offers from credit cards in which case your balance due has parts that are charged interest at different rates. If you make only the minimum payment, that money is applied to the lowest-interest part of the balance (currently, 0% balance transfer offers abound). It is only the amount in excess of the minimum payment that must, by law (CARD Act of 2009), be applied to the highest-interest part of the balance. Before the CARD Act, credit-card companies applied everything to the lowest-interest parts first.

Sorry for the late answer, but here goes:

TLDR Version of Question: I should be paying off my loans based off which one has the highest amount of interest per year, right?

TLDR Version of Answer: No. You should be paying off the one with the highest interest rate first.

Here's a really simple example of why. Imagine you've got two loans:

Now, imagine you get a windfall of $10k. What are the strategies you could employ to pay off the loans?

If it helps, picture it like this: when you pay off part of a loan, it works out the exact same as if you had invested that money with an interest rate identical to the loan. Paying off a 5% loan a year early saves you just as much money as investing the same amount of money in a 5% interest-rate account.

Once you think about it that way (paying off a loan early is the same as investing that money), it's pretty clear why you'd want to pay off the high-rate loans first: because you're 'investing' your money in the places it'll earn the highest interest rate. In the example above, you've got $10k you can invest in two different accounts: one earning 6% and one earning 10%. Why wouldn't you invest as much as you could into the 10%?

Not the answer you're looking for? Browse other questions tagged loans interest student-loan debt-reduction accrual or ask your own question.

1
Best strategy for paying off my multiple student loans?
2
Any smart way to get the interest down on our student loans?
8
Is there a most efficient way to pay off multiple loans with the same interest rate?
0
Formula for how to distribute a loan payment between multiple loans such that the remaining principal accrues the least interest?
2
Is this a valid strategy to reduce interest payments for student loans?
1
Student loans: Invest money until just before graduation (capitalization) or pay interest now?
3
3 loans under my name, 2 are fixed, one is a declining balance interest loan. Which to pay first?
3
Two high-interest loans: Pay down one at a time, or split my money?
28
Multiple loans, multiple payers - how to snowball fairly