Is there any evidence that “growth”-style indexes and growth ETFs outperform their respective base indexes? 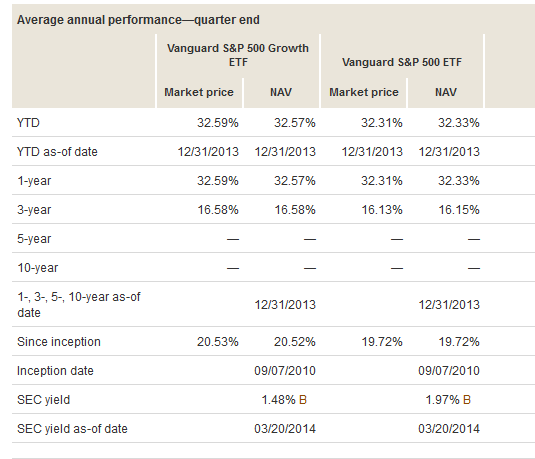 ... but the funds are so young that I don't think that's a really good comparison.

Even though Vanguard passively manages the growth ETF, wouldn't the index itself still be somewhat actively managed because, somehow, S&P picks companies with "growth potential"?

Is there any evidence that growth ETF's like VOOG (or VUG, which is another one from Vanguard) actually perform better over time than a normal index, such as the S&P 500?

The value premium would state the opposite in fact if one looks at the work of Fama and French. The Investment Entertainment Pricing Theory (INEPT) shows a graph with the rates on small-cap/large-cap and growth/value combinations that may be of interest as well for another article noting the same research.

Index fund advisors in Figure 9-1 shows various historical returns up to 2012 that may also be useful here for those wanting more detailed data. How to Beat the Benchmark is from 1998 that could be interesting to read about index funds and beating the index in a simpler way.

They don't, actually. Though in some time frames S&P 500 growth out performs S&P 500, it often lags. This is because "growth" doesn't refer to what happens to your account, but rather the type of stock in the index -- roughly speaking, it's the half of the S&P with the best earnings growth.

That leads to what JB King was talking about -- there's also the S&P 500 Value, which is roughly the cheapest stocks relative to earnings. Value does tend to beat the broad index over the long haul, because there's nothing like getting a good deal (note a stock can be in both the growth and value categories). This holds true with other indexes as well like the Russel 2000.

All that said, you're not going to see a huge difference between S&P 500 and S&P 500 Growth. I believe this is because the S&P 500 itself leans a bit to the growthy side.

PS: With VOOG Vanguard is tracking the S&P 500 Growth Index, which is actually a thing and not Vanguard itself filtering stocks.

You are correct that over a short term there is no guarantee that one index will out perform another index. Every index goes through periods of feat and famine. That uis why the advice is to diversify your investments.

Every index does have some small amount of management. For the parent index (the S&P 500 in this case) there is a process to divide all 500 stocks into growth and value, pure growth and pure value. This rebalancing of the 500 stocks occurs once a year.

The S&P Style indices are rebalanced once a year in December. The December rebalancing helps set the broad universe and benchmark for active managers on an annual cycle consistent with active manager performance evaluation cycles. The rebalancing date is the third Friday of December, which coincides with the December quarterly share changes for the S&P Composite 1500.

Style Scores, market-capitalization weights, growth and value midpoint averages, and the Pure Weight Factors (PWFs), where applicable across the various Style indices, are reset only once a year at the December rebalancing.

Other changes to the U.S. Style indices are made on an as-needed basis, following the guidelines of the parent index. Changes in response to corporate actions and market developments can be made at any time. Constituent changes are typically announced for the parent index two-to-five days before they are scheduled to be implemented.

Please refer to the S&P U.S. Indices Methodology document for information on standard index maintenance for the S&P 500, the S&P MidCap 400,the S&P SmallCap 600 and all related indices.

As to which is better: 500, growth,value or growth and value? That depends on what you the investor is trying to do.

Not the answer you're looking for? Browse other questions tagged united-states investing etf vanguard growth or ask your own question.

0
Meaning: 'pay the piper on the bottom line'