Can Japanese banks receive payments from outside Japan via IBAN?

Is there no Japanese bank that accepts payments via IBAN?

Your ATM Cash Card and passbook will have these numbers on it in the format XXXX-YYYY-ZZZZZZZZ.

When you use an ATM to send money to someone else (like your landlord) you but in these three numbers or use the search feature instead for the first two. This works the same whether you are talking about Mitsubishi, Mizuho, etc. The only thing to note is that while real banks use locations for the branch number (i.e. Ueno branch, Marunouchi branch, etc.), online only banks like Sony Bank (MoneyKit), Rakuten Bank, SBi, etc. use fake locations like colors, etc. This doesn't matter much though.

Japan Post bank is technically not a bank and uses a totally different numbering system, though recently they have come up with a strange formula to convert your JP Bank account number into a normal bank account number so you can send payments to it as shown above).

All of this is basically for domestic transfers only, though. If you want to transfer money internationally, there are two basic ways:

Either way IBAN is a European standard and isn't used in Japan.

If you just want to spend some money in Japan, the most convenient way is probably a foreign visa debit card. Or, you can use a foreign ATM card in Japan to withdraw cash and then deposit it into your Japanese account.

Japan has not implemented the IBAN system (yet), at least according to the Wikipedia list. IBAN is a European thing, slowly spreading around the globe, and hasn't reached Japan and many other countries yet.

SWIFT is your friend here. 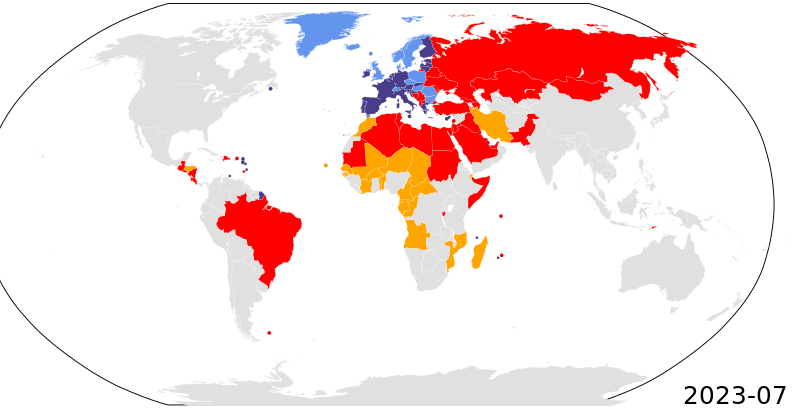 Not the answer you're looking for? Browse other questions tagged bank-account money-transfer payment japan or ask your own question.

2
Where do I owe taxes while I am contracting overseas to Germany?
2
UK - How to receive payments in euros
1
Receive credit card payment sending my customer details to a credit card processing company?
6
What to do with your savings in Japan
12
What Canadian account number format do European banks need for wire transfer instructions?
2
Efficient International money transfer
1
International money transfer taxes
2
How to prove that I did not receive a payment
2
Can an IBAN be reallocated to someone?
4
Give other entities access to only deposit funds in my account