Why have U.S. bank interest rates been so low for the past few years?

I have some savings accounts in different banks and they all give 1.00% interest or less, and in many cases it is something ridiculous like $0.05

Would anyone be able to explain why this is happening?

These rates are so low because the cost of money is so low. Specifically, two rates are near zero.

Banks want to profit on the loans they make, like mortgage loans. To do so, they try to maximize the difference between the rates they charge on mortgages and other loans (revenue), and the rates they pay savings account holders, the Federal Reserve or other banks to obtain funds (expenses). This means that the rates they offer to pay are as close to these rates as possible. As the charts shows, both rates have been cut significantly since the start of the recession, either through open market operations (the federal funds rate) or directly (the discount rate). The discount rate is set directly by the regional Federal Reserve banks every 14 days. 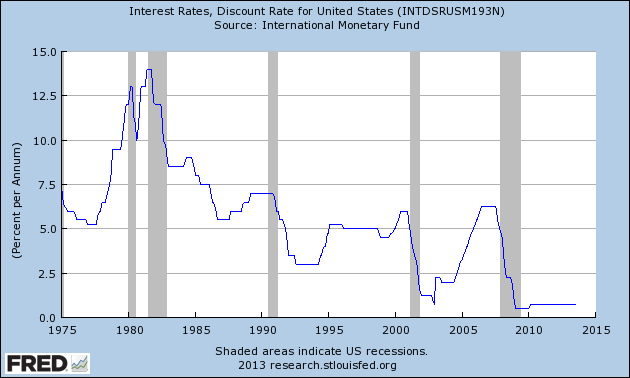 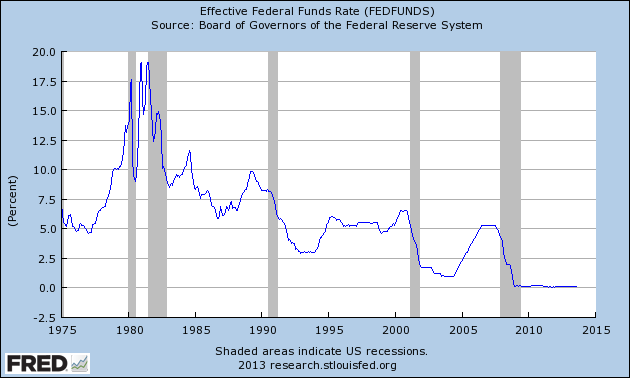 In most cases, the federal funds rate is lower than the discount rate, in order to encourage banks to lend money to each other instead of borrowing it from the Fed. In the past, however, there have been rare instances where the federal funds rate has exceeded the discount rate, and it's been cheaper for banks to borrow money directly from the Fed than from each other. 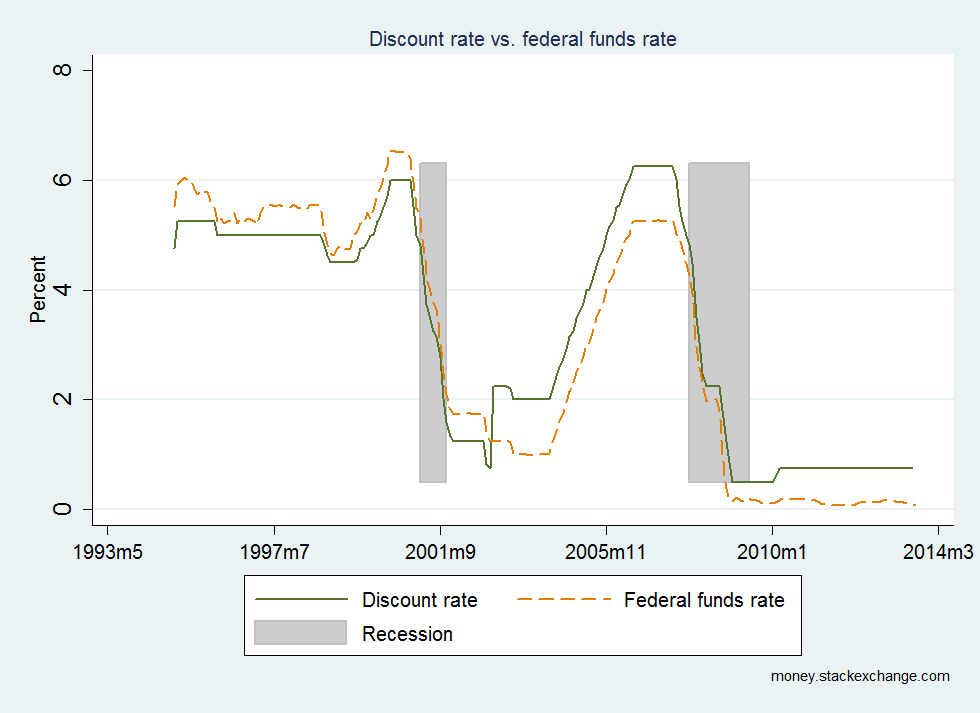 There's two competing forces at work, and they are at work worldwide.

Banks can get money from several sources: Through inter-bank borrowing and from raising capital. Capital can come from from selling assets, stock offerings, deposits, etc.

The money the banks get from depositors is capital. In the United States, the Federal Reserve regulates the amount of capital that banks must maintain. If there was no requirement for capital then there would be zero demand for capital at an interest rate above the inter-bank offering rate.

As capital requirements have risen, banks are allowed to make less loans given a certain amount of capital. That has caused an increased demand for capital from depositors.

Currently interest rates paid to borrowers are quite high compared to prevailing inter-bank rates. They could see more upward pressure given the fact that banks will be forced to maintain an increased amount of capital for a given amount of loans.

I've wondered the same thing. And, after reading the above replies, I think there is a simpler explanation. It goes like this. When the bank goes to make a loan they need capital to do it. So, they can get it from the federal reserve, another bank, or us. Well, if the federal reserve will loan it to them for lets say 0.05%, what do you think they are going to be willing to pay us? Id say maybe 0.04%. Anyway, I could be wrong, but this makes sense to me.

Not the answer you're looking for? Browse other questions tagged united-states savings interest savings-account or ask your own question.

24
Why are interest rates on saving accounts so low in USA and Europe?

6
Lower risk short-term investment during periods of low interest rates
5
Moving back to India in a few years. Should I keep my savings account in the U.S. or in India?
49
Why is transferring money online to someone else's bank account so difficult in the U.S.?
2
In India, what is the difference between Current Account and a Savings Bank Account?
5
Why is there so much variability on interest rate accounts
1
What are the downsides to high-interest savings accounts?
3
Why are bank rates based on the federal interest rate?
8
Why different interest rates for checking and savings?
3
Why can I add secondary savings account to a personal account without hassle, but not to a business account?