Why were numbers on these income statements recorded differently from year to year?

Below are two different income statements for Canadian Oil Sands Ltd. I am wondering how can their net income and other line items be recorded so differently across two consecutive financial statements? 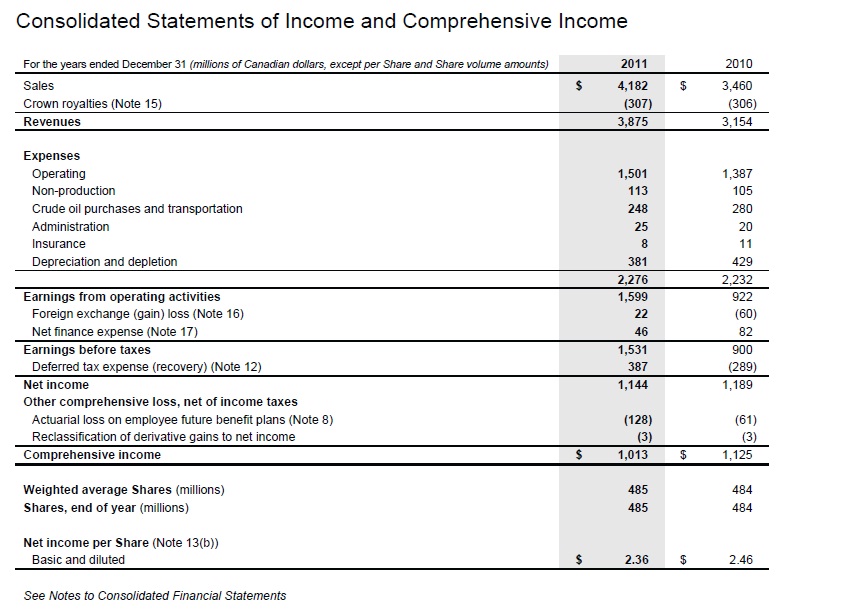 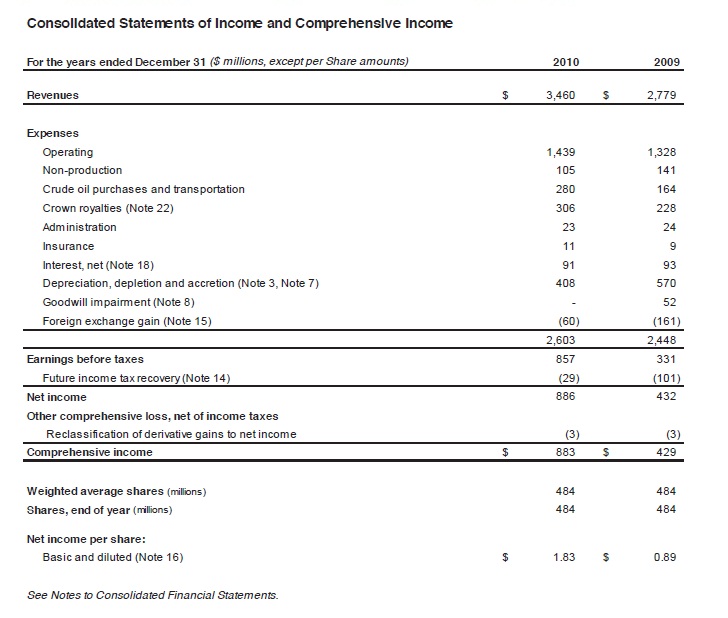 In a nutshell: The company in question changed its reporting standards in 2011. Furthermore, in order to maintain an "apples-to-apples" comparison between 2011 and 2010 results, the results for 2010 had to be restated according to the new reporting standards.

Canadian GAAP has been revised to incorporate International Financial Reporting Standards (“IFRS”) and publicly traded companies like the Corporation are required to apply such standards for years beginning on or after January 1, 2011. Note 26 to the attached audited consolidated financial statements discloses the impact of the transition to IFRS on the Corporation’s reported financial position, income and cash flows, including the nature and effect of changes in accounting policies from those used in the Corporation’s audited consolidated financial statements for the year ended December 31, 2010 which were prepared in accordance with Canadian GAAP prior to the transition to IFRS.

Financial measures for the year ended December 31, 2010 reported in this MD&A as comparative figures have been adjusted to reflect the transition to IFRS, as have the financial measures for all 2010 quarters reported in the summary of quarterly results on page 34. The accounting policies applied in these audited consolidated financial statements are based on IFRS as issued, outstanding and effective on February 23, 2012.

Not the answer you're looking for? Browse other questions tagged investing accounting income-statement annual-report or ask your own question.

6
How do I interpret these income tax numbers for Chinese public company Dangdang Inc. (DANG)?
0
How to measure the cost/value of an Asset in the Financial Statement
5
Calculating the total capital of a company?
0
How to do a direct cash flow statement given a stock ticker
1
Accounting Question - Combining Vertical Analysis with Horizontal Analysis of financial statements?
0
Consolidated Cash Flow Statement Yahoo Finance Reliable?
1
Are shareholders and tax collectors shown the same financial statements?
0
How to calculate Cash Conversion Cycle for the service company?