Is the $5 USD bill from Series 2006 supposed to glow brightly under ultraviolet?

So my company just changed offices recently and for some odd reason or another the server room in the new building has a black light which was installed by the previous tenants. Aside from the oddity of this arrangement, it's interesting to see things that glow in the dark under this sort of light (like the logo on my Visa card having a secret 'V' and the American Express Blue Cash having an 'AMEX' on the transparent plastic).

Anyway. Most of the bills in my wallet tend to be $20s or $10s, and the black light reveals the security strip, while the rest of the bill remains dark. However, I have one lone $5, claiming to be from Series 2006, and the entire bill glows. Is this normal, or might it be a sign of counterfeiting? The rest of the bill certainly doesn't show any obvious signs of being illegitimate... mmmmaybe the paper texture might be a little different? but that could also just be psychosomatic; I certainly didn't notice it before.

edit got a photo (note the other $5 barely visible in the background with a security stripe, but it doesn't claim to be Series 2006). 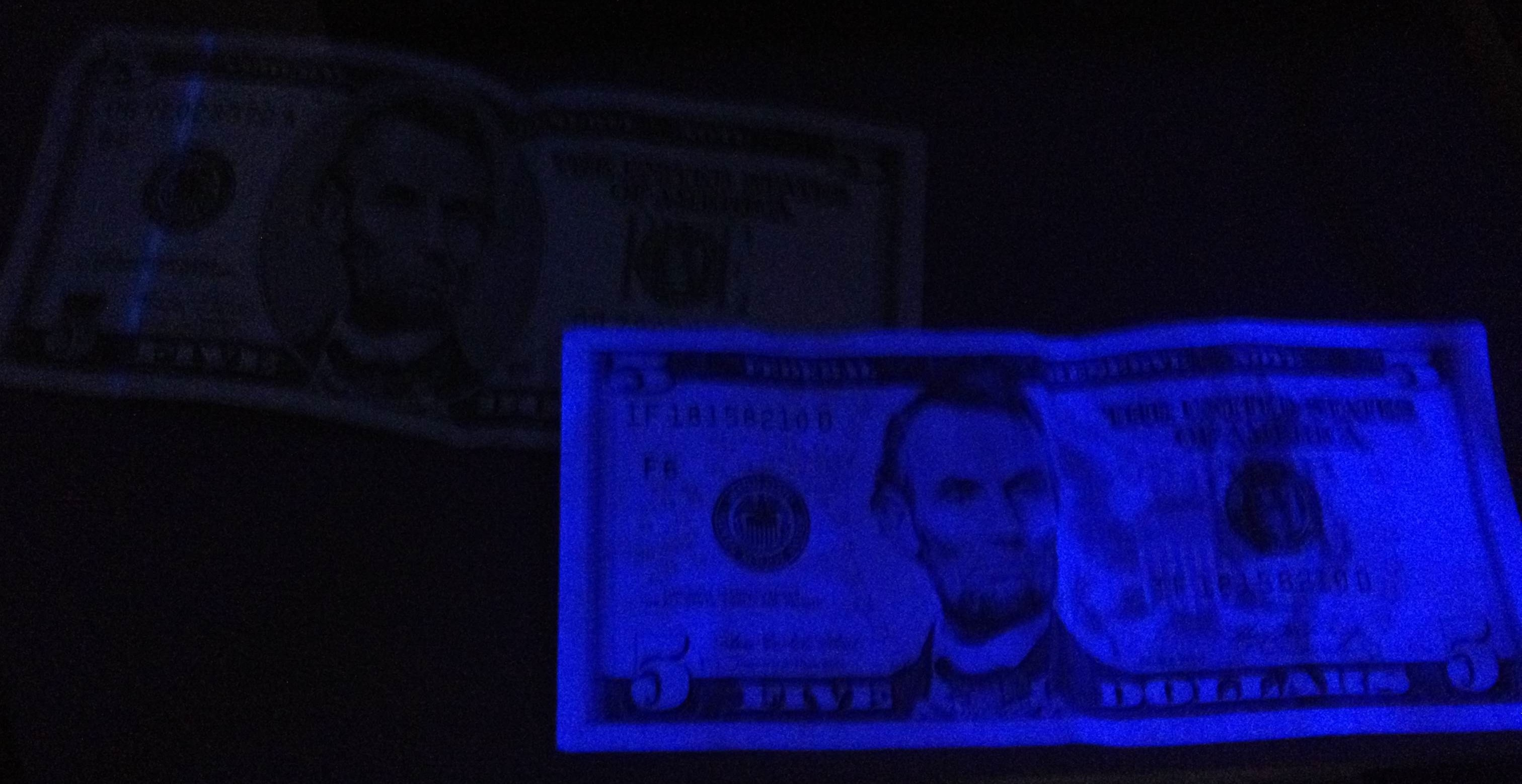 This is a case of money-laundering, not forgery. Many laundry detergents include a dye that glows under ultra-violet light.

6
What investment strategy would you deduce from the latest article from Charles Munger?
2
Gifts under the annual gift tax exemption FROM minor children?
1
How can there be a quote for EUR/USD from 1980s?
2
I have a 10,000,000 Turkish bill but it's only half the bill, is it worth anything?
0
What is the lifespan of a series of currency?
5
S Corp Taxes under GOP Bill