Of these two peer-to-peer lending services, Lending Club and Prosper, which have you had a better experience with? What are the advantages and disadvantages of each?

Of course, this can be a nuanced answer, and each may be better for certain uses.

I can only speak in reference to Lending Club, but thus far, their services rank somewhere between very good to excellent. LC's note screening tools are extremely user friendly and help me sort out the wheat from the chaff.

Been earning 13-14% with no defaults since Summer 2009, although I must admit, I am fairly new to the process so a few defaults are to be expected.

I've tried both, in fact I started at Prosper, then moved to Lending Club for its superior borrower screening process. So far, making 8% return per year on several thousand $$ invested

Another LendingClub-only lender here. I wanted to augment the answer above (and seeing that there is a character limit for comments, I’ve decided to write this as an answer). I’ve been a lender since 2013. From my experience, loans have a high estimated yield only early on in the game. But as the loans start maturing, the yields drop to more realistic levels—5%. I had estimated yields as high as 21% during the first few months, which dropped down progressively.

This is a graph from my account showing returns for notes that I’ve purchased directly on LendingClub: 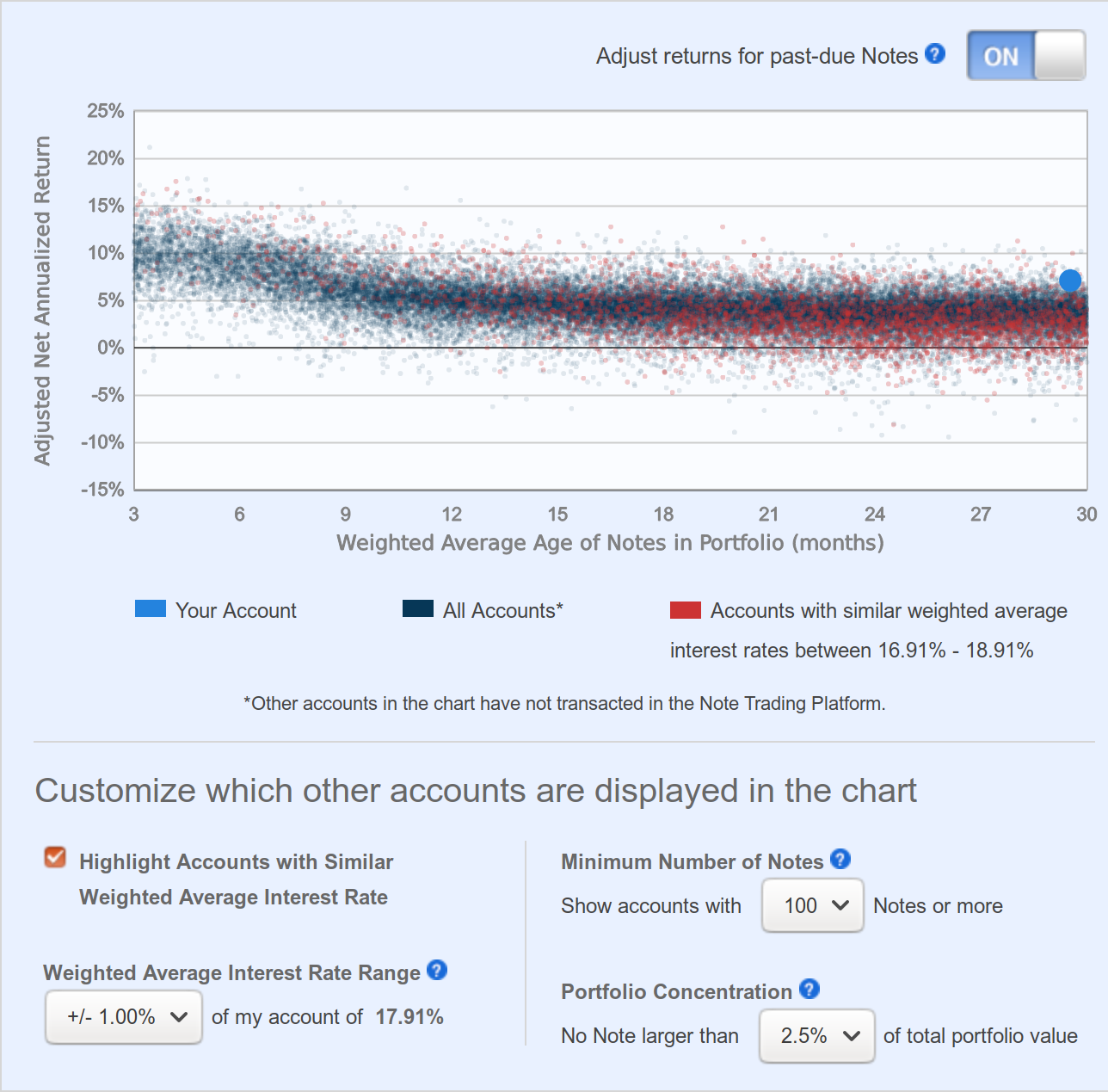 As illustrated by the graph, a non-trivial amount of people lose money in the long run even though the average earns about 4~5%.

One bright aspect of LendingClub compared to Prosper is that I can liquidate fairly easily. I was able to sell $2,000 worth of loans that I owned over the weekend. The trading platform makes it easy to dump loans that you no longer want or to buy loans that seem juicy, enabling higher returns than buying fresh loans alone. I’m still getting my feet wet, but the results—so far—are promising:

I’m a realist though, and I think it won’t remain 18% for long given that my investments are higher risk.

Prosper does not have a trading platform. They shut that down in 2016. This is the message on their website:

If you had invested in a bad loan, expect to stick with it until the borrower pays it all back years later or defaults on it.

12
What are advantages & disadvantages of using a Peer-to-Peer lending site or network?