Rollover Roth 401(k) when not eligible for Roth IRA

I recently changed jobs and am in the process of rolling over my 401(k) to my standard brokerage account where I have a number of rollover IRAs. This time, however, I have both a 401(k) to Traditional IRA rollover but also $400 in a Roth 401(k), which is new to me.

I'm stuck on how to proceed, due to what I see are the options available and the following roadblocks:

With the small amount, I'm not worried about having to pay something to the IRS for this, but with all of the variables at play, I feel the wrong first step will result in penalties otherwise avoided. Additionally, my Roth 401(k) has an $11 loss at this point, so there's no growth.

Any suggestions of how to proceed? Thanks!

Your income may be too high to make a new deposit into a Roth IRA, but that is not what you are trying to do. Regardless of your income, you are allowed to create the new account to either receive Roth conversions, taking funds from a traditional pretax IRA and converting them to Roth or in this case, receiving funds from a Roth 401(k). The receiving broker should be more than happy to provide you with the paperwork and instructions on how to accomplish this.

Contribute anyway to a Roth IRA!

If you want to do a Roth IRA contribution and your salary is too high, google "Roth Backdoor". That is an intentional way to allow people to contribute, though it has odd complications if you have any traditional IRAs currently. If you aren't in a position to convert all your traditional IRAs to Roth, expect some taxes due, and weird paperwork.

Rollovers from 401K to IRA.

These are allowed, and are not considered "contributions", but are considered simply rollovers. Therefore, they don't count toward your contribution limits.

There is generally no tax consequence for a 401K to IRA conversion.

I wouldn't bother with a 401K to IRA rollover. 401K's are actually Federally protected, whereas an IRA can be taken from you by a state lawsuit in the wrong state. ... Unless you are being taken advantage of by the management company.

Roth conversion is fine, but...

You don't get to "rollover and convert" in a single motion. You need to decide whether you're converting to Roth inside your 401(K) before you roll it over, or inside your IRA after you roll over.

The issue is that an "after you rollover" Roth conversion may have weird interactions with the Roth Backdoor mentioned above, if you don't convert all your IRAs to Roth in that year.

Yeah, that's not how investing works.

For instance there was a small "down" in 2020 during the late-February uncertainty and the March lockdowns of COVID. At the time, people thought it was the end of the world, but you can see it was just a blip. Heck, there'd been one in late 2018 and there was another last month. 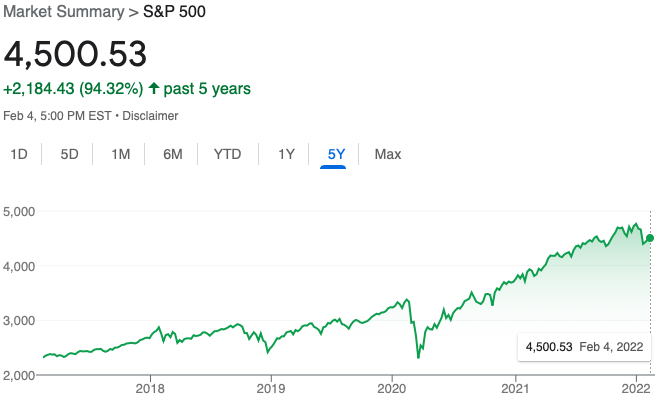 Your #1 goal is to make reliable investments in whole markets, which John Bogle discusses in his book "Common Sense on Mutual Funds". And then, to minimize expenses and fees, because those are a guaranteed total loss.

DON'T evaluate investments by whether they made or lost money this month. Evaluate them by how they did compared to the index that they best reflect. So a US large-cap fund would be compared to the S&P 500. The S&P took a bit of a dive in the last month (4766 down to 4400; recovering now) so I'm not surprised your last month's performance was low. The question was, how was it compared to the index?

Take your $16 loss, figure it out as a percentage, then look at the S&P 500 (or more appropriate index) values for the start and end day.

You're not going to beat the index (science proves no stock picker's managed fund can beat the index by more than expenses and fees, other than by being lucky). But how close you come tells you how much of your investment is being eaten by fees or bad investments.

Rollovers can always be done, regardless of how much you make this year, or how much is being rolled over. If you don't change the flavor there are no taxes due.

One issue you may have is the low balance of $400 in your Roth account. Many of your investment choices will have a minimum advancement amount, and you might not be able to put that $400 into the investment that you want. Some may allow you to start with a low amount, if you can also set up a recurring deposit. I would make sure before rolling over the funds that you understand that your investment option with the $400.