Mistakenly wrote "$" in the numeric section of check

Most banks are not that nitpicky about what is written on the check as long as it is clear of the intent and doesn't look like it has been altered after the fact. The textual version of the number is just a double check to prevent fraud and make clear up any confusion if the numeric version is unclear.

You'd need to ask the bank to be sure, but I suspect that it would not be a problem so long as the textual amount matches the amount in the box. That's one reason why checks have a textual amount as well, so if someone did put in a dollar sign, for example, it could not be, say, manipulated to look like a number like a 5 or an 8. It also prevents easier manipulations like adding a one in front of a number.

Or, to be on the safe side, tear up the check (writing VOID across it) and write a new one...

That said, automated processing relies heavily on optical character recognition of the convenience amount because it's much easier. In fact, in the 1990s, there were new guidelines for the size, shape, and position of the preprinted dollar sign and for the background contrast of the convenience amount box in order to improve automated recognition.

If the extra dollar sign you wrote confuses the reader, it might get kicked to a human who should understand that the legal amount is correct and that the extra dollar sign can be ignored. They would then manually enter the correct amount which might be encoded on the original check or attached to the record that includes the scanned images, and then the rest of the automation would handle it just fine.

The extra dollar sign could possibly be mistaken for an extra digit. If the wrong amount is deducted from your account, it may be a bit of a hassle for you to have it corrected, but the "legal amount" is what matters for the regulators, so you should be able to get the problem resolved.

As someone who used to be a bank teller, I would say you do not need to worry about it. Tellers are trained to look for suspicious indicators on checks that could indicate tampering or fraud. Anything deviating from a normal check will cause some extra scrutiny, but once they see the numerical amount matches the written amount, they won't think anything else of it.

This is actually semi-common, and when I would see it, the automatic reader would just throw an error and make me manually enter the amount. On the off-chance the reader mistakes the $ for a 5 or an 8, the teller is supposed to review the check before finalizing the transaction anyway, so they should correct the error.

That being said, tellers are human and may miss it for some reason, so if you're worried about it causing you to go negative, writing a new check is the safest option. If you check your balance later and find that the wrong amount was taken from your account, you can dispute this with your bank and they will get it sorted out eventually.

You have nothing to worry about. Cashiers or Manual Encoders actually type the check amount in to a special machine that creates a MICR (Magnetic Ink Character Recognition) printout, which places some magnetic ink at the bottom of the check, like the following: 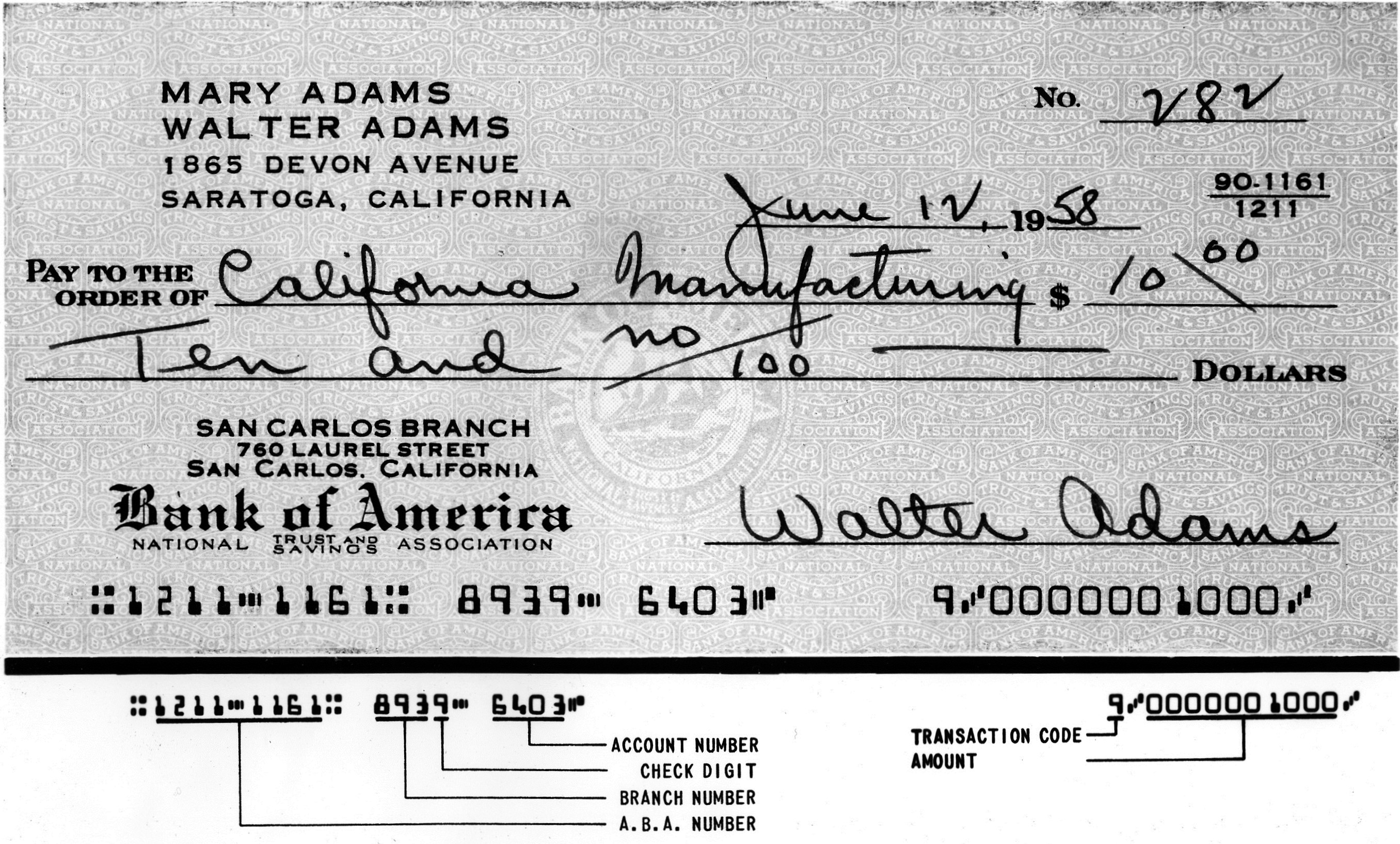 As described here, the final section with the 9 followed by three dots in ascending order encode the transaction amount. This value is always manually input/verified by the teller or later at a document processing facility. Note that this is an older example. The format has changed, but the process remains largely unchanged for decades now.

The document processing facility then runs these through a Magnetic Eye Reader to process the documents. The best part about this setup is that it only reads the magnetic ink, so even a normal marking of any type of color (e.g. a stray stroke of red ink) won't affect the reader.

Because of the manual steps involved, there is exactly a 0% chance that it will be mistakenly read as either a 5, 8, or anything else. That part of the check isn't read by a machine at all in most cases. For digital deposits, the system is generally smart enough to ignore OCR invalid characters without a problem, and the images from those checks are still checked by a human anyways. After all, accidentally changing $500.00 to 5500.00 would be a major hassle for everyone involved.

I was actually employed as a manual encoder in the very late 1990's, and my job was to use a Document Encoding machine to manually type in the numbers. In this case, the checks are also automatically verified against the teller's deposit slips, and if they do not match, the encoder will have to figure out where the discrepancy is and fix the document that is incorrect. It would take at least two separate humans making the same mistake in order for a stray $ to cause a problem.

You can read more about MICR if you're interested in learning more about how it works specifically.

Not the answer you're looking for? Browse other questions tagged check or ask your own question.

15
Is there something on a check (cheque) that determines what currency it is?
15
What if I received a check with two different amounts written on it (words vs. number)?
9
In double entry book-keeping, how should I record writing of a check?
5
What information is required in the top left (payor) part of a check?
1
Should written checks be accounted in Accounts Payable?
2
My mortgage company cashed a voided check I had sent them
2
What rules govern what a bank must accept for deposit in the US?
1
Check that has void
1
Mistakenly wrote "dollars" in dollars section of check
3
Depositing check with blank legal line at Bank of America