Can a subsidiary/division of a company have a larger market cap than the parent company? 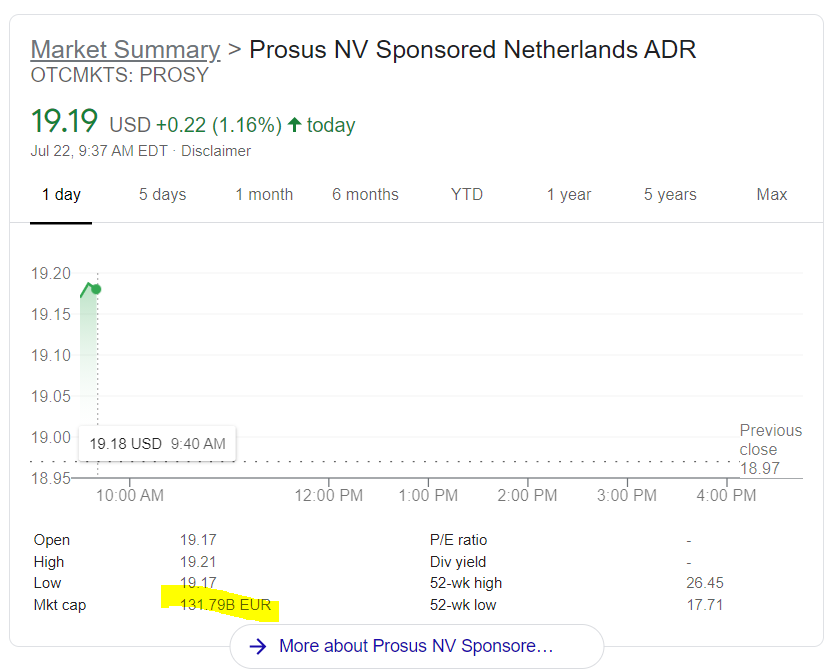 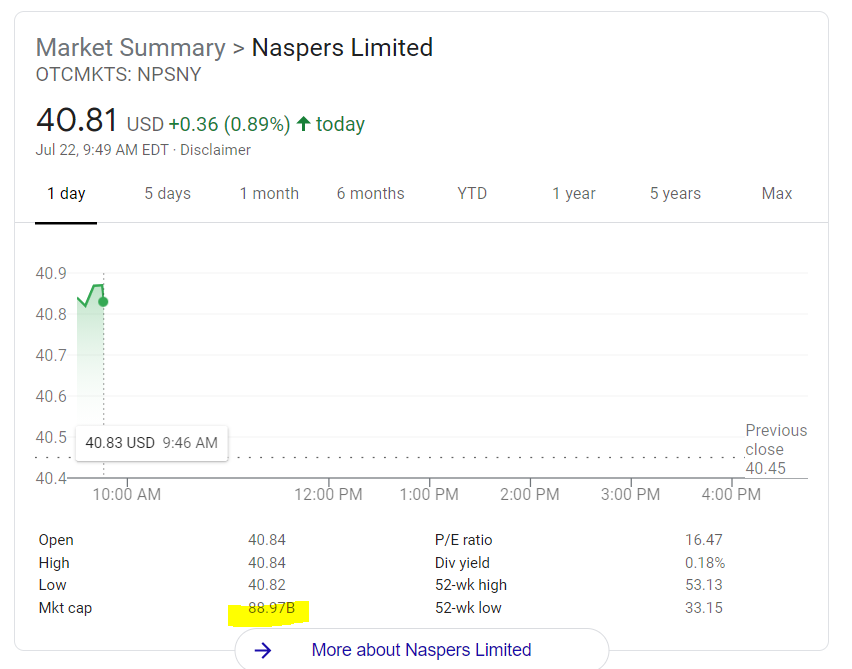 The market capitalization of Prosus is approximately 130 billion EUR.

This discrepancy is called a "negative stub value". A historical US example of this is the spin-off of Palm, Inc. from 3Com Corporation in 2000, which also had a negative stub value in the billions of dollars.

So yes, it is possible for a parent company's stake in a subsidiary to be worth more than the market capitalization of the parent company. The situation could be persistent if it is difficult for market participants to conduct arbitrage to remove the discrepancy.

Yes this is possible as market cap is just #stock * $stock. The market cap does not necessarily have anything to do with the underlying assets (Compare Tesla with Volkswagen for example) , even though it definetly should.

4
What are/have been the causes behind negative stub values and why might they persist?

2
Highest market cap for a company from historical data
9
If a company's assets are worth more than its market cap, can one say the shares must be undervalued?
8
Why can the institutional ownership of shares be larger than 100%?
2
Market Cap lower than Shares Outstanding x Share Price?
5
Historic variation in FTSE100 total market capitalization as a proportion of the FTSEAllShare total market cap?
1
Reason for "qualified" buyer requirements to exercise stock options/rights spun off from parent company?
1
Buy small-cap ETF when you already have large-cap of the same market
16
How can a company trade at a market cap below its cash on hand?
4
What is meant by "price" and "earnings" here?