What is the point of placing your stop-loss at/around the next fibonacci level when using fibonacci retracement?

I'm a little confused as to how this works. 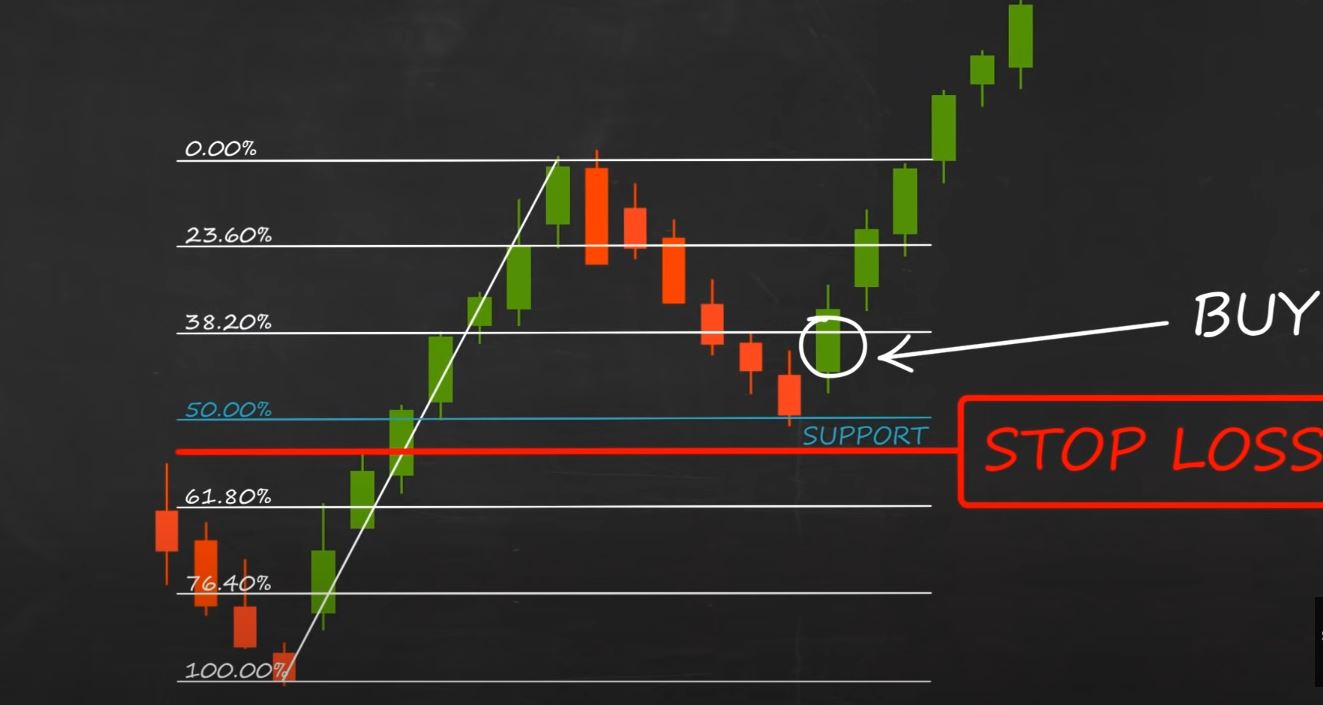 The graph above is examining a downward retracement in a long, upward trend. The recommended point to place your stop loss is apparently at the level below the fibonacci indicator that the support level appears to be at.

Does this mean that you shouldn't hold onto an asset after you've bought it thinking the price will rise after the downward retracement (therefore avoiding loss) if the price goes below the fibonnaci level that you believe a support point lies? 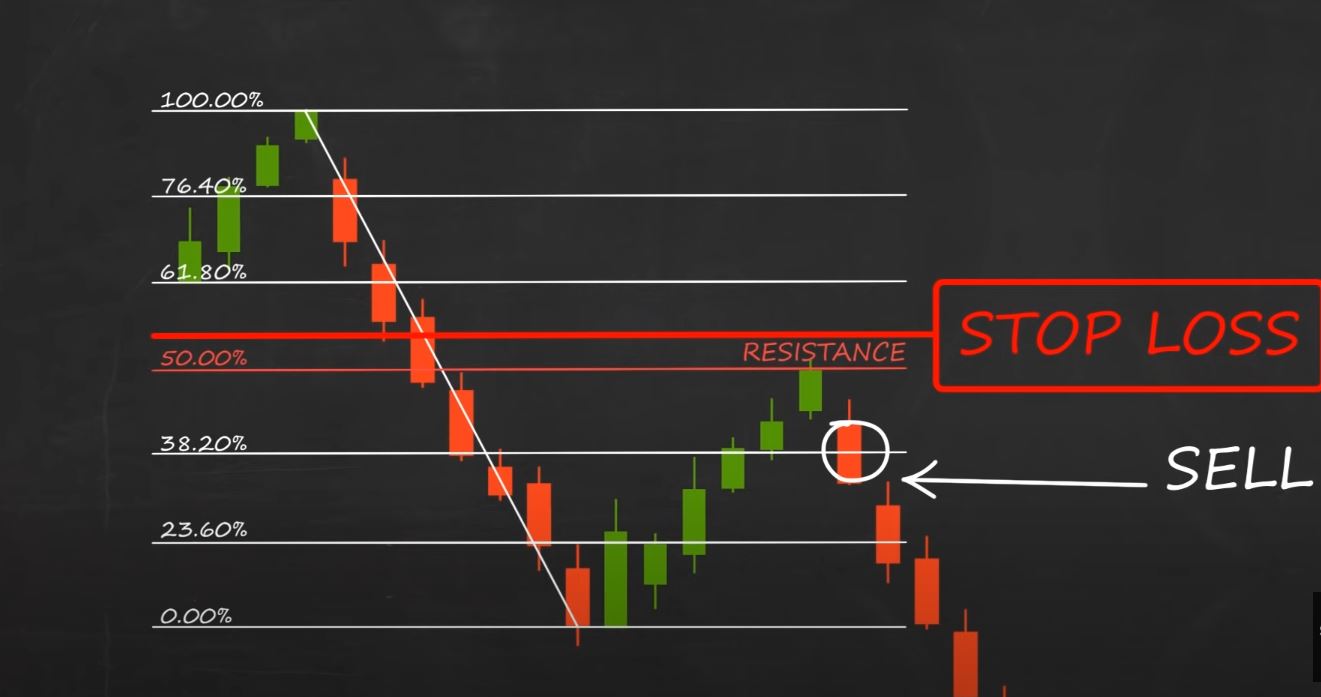 And in the case above, where an upward retracement is present in a long-term downward trend, is the stop loss placed just above the fibonacci level that a support level is believed to be because you would want to sell what you would have bought at the beginning of the positive retracement when it seems to be pushing upwards out of the 50% resistance point to a point where the price is extremely likely to crash since you're in a long-term downward trend?

In this case, is the reason why you wouldn't hold the asset to then realize more gains (if it breaks through the 50% resistance point) because you're in a long-term downward trend and therefore it isn't probable the price would push past the 50% point?

Thank you for any help

You are wholly overthinking concepts like "fibonacci" trading and "candlestick" trading.

Be aware that 50% (perhaps much more than that) of traders think these notions are equivalent to trading based on horoscopes - ie, utterly ridiculous.

Your question would be like coming on here and asking a detailed question about some aspect of horoscope trading.

For this reason when there's a specific "how do I trade this chart concept" question on here, it's usually just said "it would be best to ask that question on one of the many fibonacci/whatever discussion boards"

That being said in answer to your question, wherever you got that "tutorial" from, "Does this mean that you shouldn't hold onto an asset after you've bought it thinking the price will rise after a downward leg if the price goes below where you believe a support point lies?" sure, obviously, that's the idea.

The price is at 100. It is heading down. For whatever reason (you believe in horoscopes, prime numbers, even-numbers trading theory, analysis of oil prices and interest rates - whatever) you believe it will not fall below say 50. Hence, if it hits 49, your trading idea was wrong, you sell immediately and you (as one usually does with trades) simply take the loss and say "I will put that one in my trades-I-lost column".

Sure, that's the idea.

Regarding your second question, it's too complicated to understand, and, it's totally unclear whether the theoretical trade was long, short or whatever. But the same principle applies, in this sort of trading idea.

For example very simply ... you buy something at 100 thinking it will go up. But. At the same time you decide "if it touches 90, my trading idea was wrong, I will take the loss and move on to the next one" so you at the same time put in some sort of stop at 90.

Don't forget "trading" is like baseball hitting, if you see yourself trying your hand at "day trading", the very best just do a small percentage over .500 you know?

Not the answer you're looking for? Browse other questions tagged technical-analysis or ask your own question.