What does this blip on a chart indicate?

I noticed this on a chart I'm looking at. 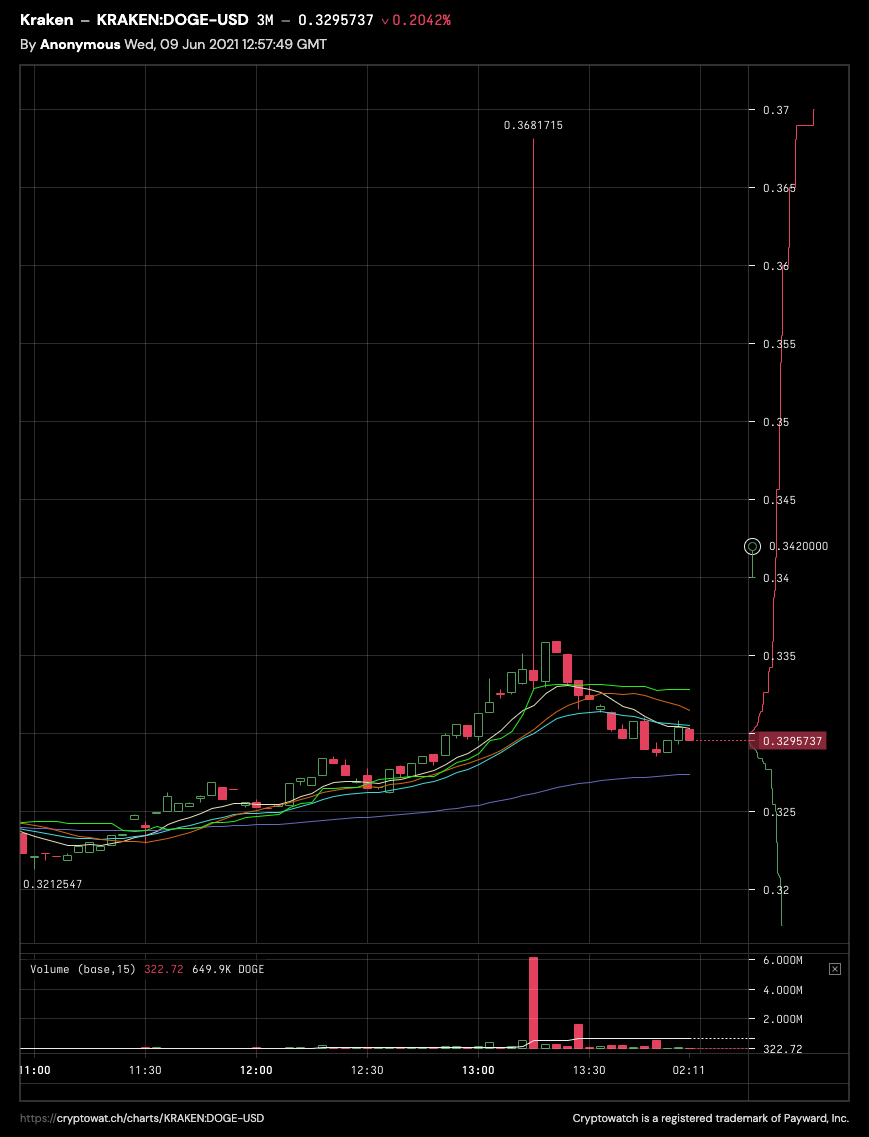 I'm curious what if anything it might indicate. Could be as simple as someone mis-clicking, or perhaps a new trader misunderstanding what they're doing? We're in a bit of a wedge on this chart looking zoomed out, could that be a clue? 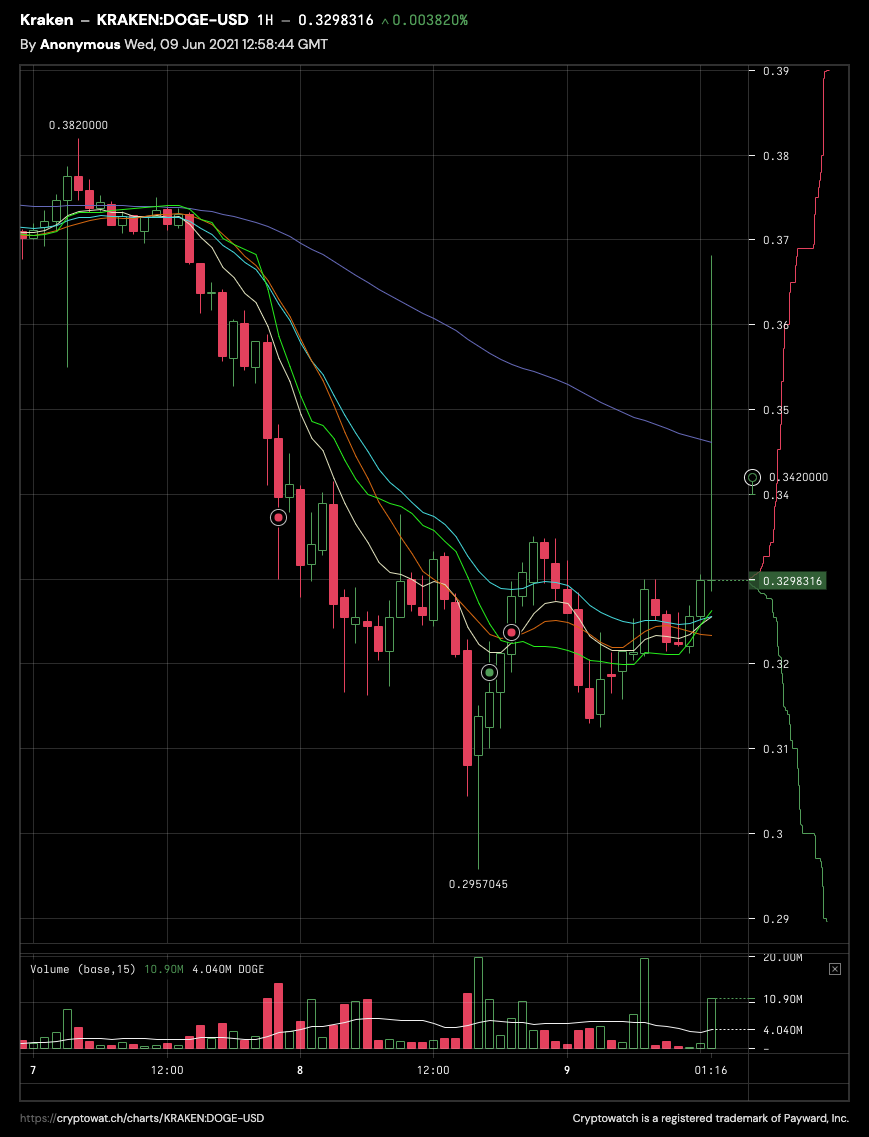 That blip indicates that at that point in time, a large amount of this currency was purchased.

That is the only information that can be gleaned from this data with near certainty (a client error being one of the corner cases that forces us off of 100% certainty).

The word "might" is incredibly dangerous in these cases, and anything that follows it should be taken with a high-velocity eyeroll. That disclaimer aside:

If we assume that this blip is the result of a single actor's single action, then it seems likely that it was a purchase order at the top price, which was immediately filled. The buyer may have been working with data from a nonprofessional source, which was delayed by one hour, or there may have been a delay in the execution of the order. In the latter case, it seems possible that someone set up a trigger to buy if the price descended to a certain point, perhaps believing they had detected a pattern of some sort.

It is also possible that this was simply a purchase of a certain amount of crypto at "market price." Meaning there was no cap placed on the price paid - note the large volume spike at the same moment - if this is a single buyer, someone needed a certain amount of DOGE and so they bought it. A lot of trading is algorithmic and so as soon as prices rose, other sellers appeared. Because it was one a single purchase, rather than a growth in widespread demand, the price nearly instantly settled back down because no one else was buying.

This could be a mistake. Or it could be someone deciding to make a purchase, deliberately (if foolishly).

Trying to read into data like this is an extremely dangerous habit to get into.

What is known (if the data is good), is that a large volume of currency traded hands suddenly, and the fact that it moved prices upwards means the volume was generally characterized by buyers entering - it was also short lived.

For all we know is was a criminal activity that needed crypto to complete.

Not the answer you're looking for? Browse other questions tagged technical-analysis cryptocurrency or ask your own question.

1
Why does heavy volume indicate the strength of a trend?
4
Chart analysis: What does this mean: 200 period moving average?
0
How does the Bloomberg website chart calculate the "Rate of Change"?
1
Create a candlestick chart from past transactions
3
What do the green and red bars show in this Yahoo Chart and it's impact on stock price?
1
Involuntary Account Closure due to Suspicious Activity (AKA BTC transactions)....When will I receive the funds from account closure?
0
Does this chart closely resemble a classic dead cat bounce?
1
How is the MACD positive in this example when the 12-day MA is below the 26-day MA?
24
How does this WhatsApp scam work?