Do futures markets have any predictive potential? 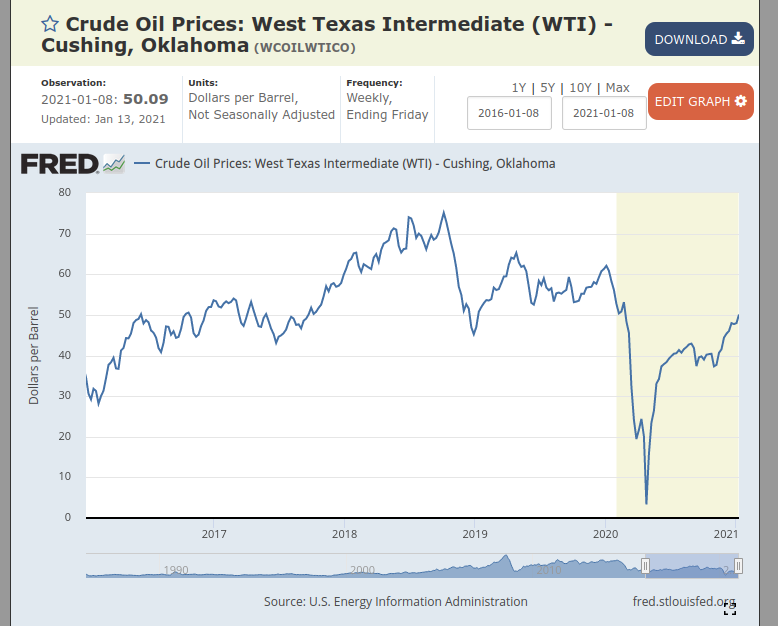 with WTI Futures prices for Nov'2020 over time, it seems that they mostly follow the current price. This seems to enable one to lock in the current price for future trades, but it that like with the weather, the collective market cannot predict the spot prices weeks in advance. 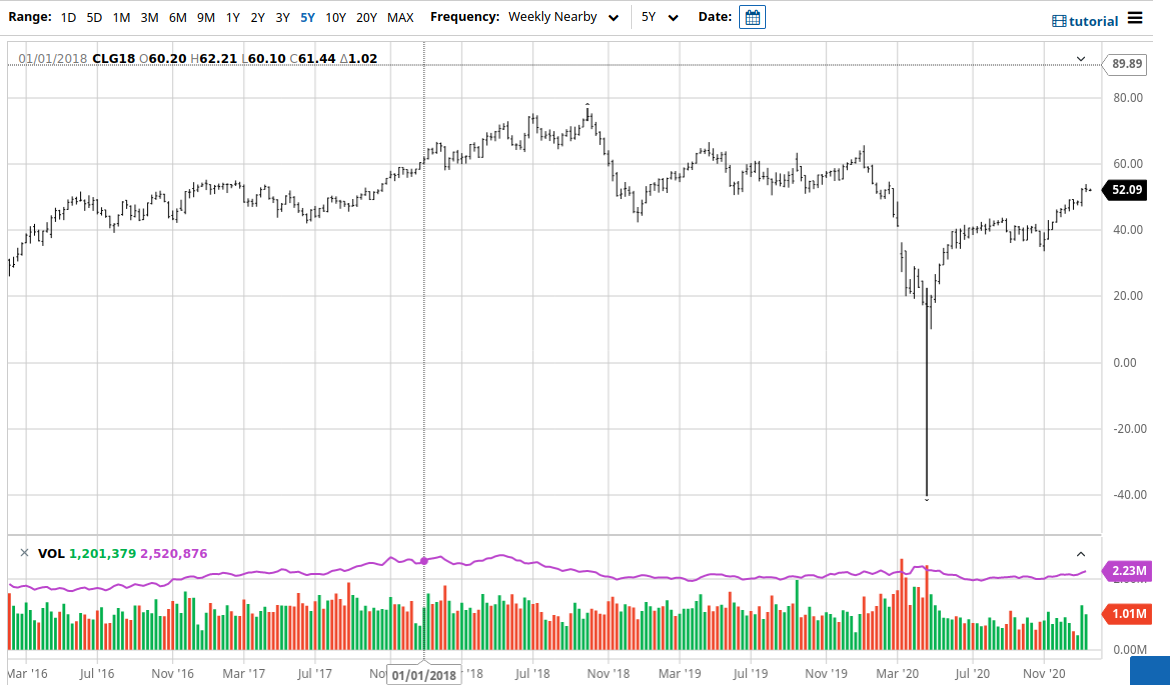 Does this hold true for all other markets/derivatives?

The only time that prices of futures represent a nontrivial prediction of the future spot price of the underlying is in the case of backwardation with a shortage. Here the expectation is that a new increase in supply (or decrease in demand) will occur, but this cannot be arbitraged by trading the underlying, because the underlying -- e.g., a physical commodity -- cannot be directly shorted. The current spot price is being kept up by people who want to use the commodity now (e.g., to eat, drive, or heat their homes) and not wait for the expected future glut. However, precisely because the futures market accounts for this expectation, the prediction does not represent a profit opportunity.

Outside the shortage scenario, prices of futures "predict" future spot prices only in the same way that current spot prices predict future spot prices. After all, if futures are trading at a higher price because there is a consensus that supply will be lower (or demand higher) by expiration, then traders will also want to buy the underlying (whether physical or financial) and simply hold it. This will equilibrate through arbitrage until the difference between the current spot price and the price of futures reflects only the "carry cost" (interest and storage cost if any, minus any dividends paid by the underlying). That "carry cost" is a simple and stable calculation (and generally a small number) that does not involve any judgment or opinion about the underlying.

This is why, as you observe, futures "mostly follow the current price". Expectations of future supply and demand are already effectively incorporated into current supply and demand (spot prices) through the profit motive.

There are plenty of things with predictive power - accounting scandals, CEO mistress scandals, coronavirus, among others. If you're talking about a super-secret mathematical formula, probably not

Lots of things have predictive power - it's just hard to predict without insider information (a.k.a. insider trading). If one of these happens you can predict quite easily what will happen to the stock.

A Random Walk Down Wallstreet burst this bubble too. Being a genius won't help you. You're trying to predict the aggregated whims of millions of average people - people that like beanie babies and pet rocks.

Good luck making an equation that factors in scandals in companies, unforeseen events like coronavirus, and fickle consumers who buy things off of cute factors, and can be updated as new companies are added and removed from exchanges.

Even if you somehow had a magic formula to tell you the answer, and managed to keep it secret, your trades are public. Others watching the trades could simply follow along. No matter how predictive that formula was, it'll cease to be useful once everyone is buying and selling in lock-step. Then you'll need another formula that factors in the original formula and human actions.

EDIT for all the people saying, "but my fund has beat the market X years in a row"

Great - take a trip to Vegas and see if you can keep the hot streak going. Half the funds in existence will beat the market average because of the definition of average. It sounds difficult to win a random coin toss 5, 10, or 15 times in a row, but if you flip enough coins it'll happen.

Taking into account thousands of funds and survivorship bias (i.e. funds that do poorly go out of business), and most existing funds "beat the market" - it does not mean they will continue to do so.

But my fund has increased since I put money in it - doesn't that mean my super-smart broker is doing a good job!

Over the long term, the market is always rising (do not point out 2001, 2008, or any other time the market was way down - that's not the point of this answer). Simpling making investments, in general, will net you a return because of this fact. Remember - in the long-run we're all dead.

They have no predictive power, whatsoever.

Note that nothing known, has any proven reliable predictive power regarding markets.

Further, note that this has been tested "incredibly extensively" - the search for "something with reliable predictive power regarding markets" has been carried out for centuries using vast resources, and every single attempt has failed.

In the Isaac Asimov "Foundation" books, there's a fictional science which predicts future moves of things such as markets: however, that is just fiction.

In the real world it has been proven to the Nth degree that nothing offers reliable predictive power regarding markets.

Not the answer you're looking for? Browse other questions tagged futures markets or ask your own question.

0
Past price data has predictive power, it's not 50/50
2
Do most future traders really believe that stock prices will be lower in the next two years?
2
Why the S&P futures prices are not reflecting the general bullish sentiment of the US stock market
-1
Is it possible to short depreciating assets?

4
Do individual stocks have futures trading
2
Why the S&P futures prices are not reflecting the general bullish sentiment of the US stock market
5
How does contango actually affect the price of an ETF?
0
Had any commodity futures prices ever been negative before 2020?
1
Total beginner starting to invest in oil
0
What is the loss difference between offseting and rollover the contracts?
3
What exactly is the spot market?
1
Does Futures markets influence price?
1
Who creates oil futures?