Can you make money in the stock market buying and selling the same stock?

Can you make money in the stock market buying and selling the same stock, but not all your shares; just buying at the lowest price and sell it at a higher price like the examples of recent trades: 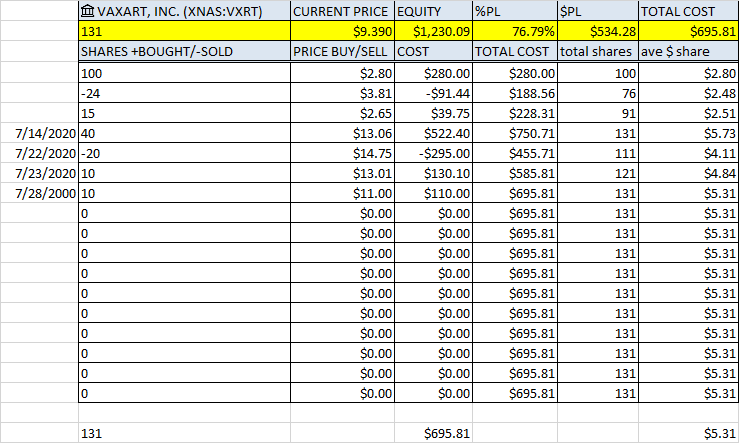 I am new to the market and want to see if anyone uses this technique.

Yes of course. If you sell when you've made more than your brokerage (buy & sell) you win, and of course you can't (generally) sell that which you haven't bought first. Timing the market is literally how speculation works. But consider that you need to ask yourself

a) So when should I sell? (obviously when it's lower than you bought)

c) Will it go up or down after you sell some? (should I buy more soon, leave it to go down more, or just sell the lot)

So basically you need to guess the market or do tons of research that might back up your hunch on timing.

If anyone knew the market in the future this would be a lot easier! Of course nobody does know so it's going to involve an element of risk and your reward will be the inverse of that in an efficient market.

I would say though, focusing on a small number of stocks may increase your likelihood of your research working for you as you become sensitive to things that matter to a specific stock, but you won't be alone in that. Now having said that, you may get great at watching and working a 5% swing in a particular stock but missing the opportunity of a 10% growth elsewhere.

If you're a beginner, you're as likely to lose money rather than make it so I'd go with a long term buy & hold on an ETF where the fund is something you believe in. But that's not an answer to your question.

Yes, you can make money from buying and selling the same stock.

If it drops after you sell some/all of your shares, you can buy them back.

If it rises after you buy some/all of your shares, you can sell them again.

Where this becomes problematic is if:

I've traded some stocks for months like this. I once wrote short puts on a gold stock at adjacent strike prices for over a year with no losses. But sooner or later the party comes to an end. This strategy works only for as long as the stock cooperates.

Not the answer you're looking for? Browse other questions tagged stocks stock-analysis penny-stocks or ask your own question.

13
Consequences of buying/selling a large number of shares for a low volume stock?
1
buying a stock while the price is going down, and buy it at a lower price
164
Do I make money in the stock market from other people losing money?
2
How to estimate the trading liquidity of stocks when buying and selling?
1
What are the actual mechanics of rises and falls in the stock market?
0
highest and lowest in aftermarket seems extreme?