What is the difference between ADRs and New York Registry Shares?

I was looking at quotes of securities traded on OTC Markets: 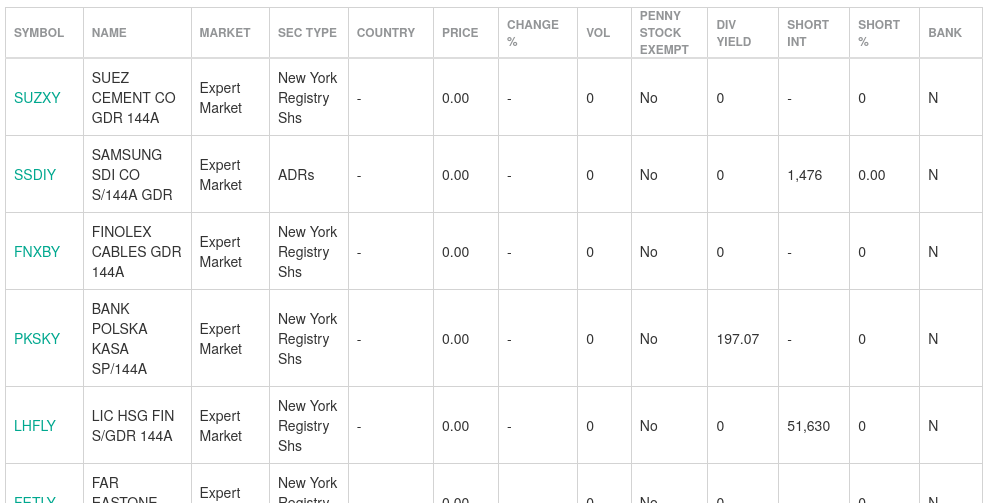 Look at the "SEC TYPE" column.

From my understanding (I could be wrong):

The table is probably wrong

Note that the table's classification of ADR vs NYRS appears to be incorrect: "SUEZ CEMENT CO GDR 144A" clearly states that it is a GDR, even though the table says that it is also an NYRS. According to the Citi Depositary Services' glossary, GDRs aren't all that different from ADRs:

A Global Depositary Receipt (GDR) is a negotiable instrument issued by a depositary bank in international markets — typically in Europe and generally made available to institutional investors both outside and within the U.S. — that evidences ownership of shares in a non-U.S. company, enabling the issuer to access investors in capital markets outside its home country.

Indeed, clicking on the SUZXY link leads to a profile page that says:

So, it appears that SUZXY is not actually an NYRS. I tried to confirm this further by looking for the issue's Form F-6 filings, but there were none.

Further confirming that SUZXY is not an NYRS is the fact that its 5-letter ticker ends with "Y". FINRA says that 5-letter tickers ending with "Y" are for ADRs (source). In conclusion, the table is most likely wrong. All the securities in the table are in fact ADRs and not NYRSs.

As per investopedia, Dutch stocks cancelled and listed as New York shares.

An ownership stake in a Dutch company that can be traded in the United States because it represents shares that have been canceled in Dutch markets. Guilder Shares, also called New York Shares, represent a special international trading arrangement for shares of Dutch companies only, since the stocks of Dutch companies can't be traded through American depository receipts (ADR).

Not the answer you're looking for? Browse other questions tagged stocks sec adr securities over-the-counter or ask your own question.

0
Why is the number of OTC securites different between OTC Markets and FINRA?

1
Find out the difference between two stocks of the same company (how to identify ADRs, etc)
3
What is the difference between a stock/share listed on London stock exchange and New York Stock Exchange
1
How much does the American Depository Receipt (ADR) cost for Sony stock (SNE)?
6
Which should I buy: F shares or ADRs?
1
Difference between float and unrestricted shares
1
May U.S. Companies Simultaneously Issue Stock Domestically and Abroad?
1
How is it possible for the shares of a privatized company to still be traded on the US OTC stock market?