What is the scam they are trying to play with MT4? [closed]

Want to improve this question? Add details and clarify the problem by editing this post.

Chatted with someone online for a bit and they told me their Aunt was in the hospital and they didn't have time to trade in their account, would I carry out some trades for them. They didn't want any money from me, they just wanted me to carry out trades as directed by the broker. 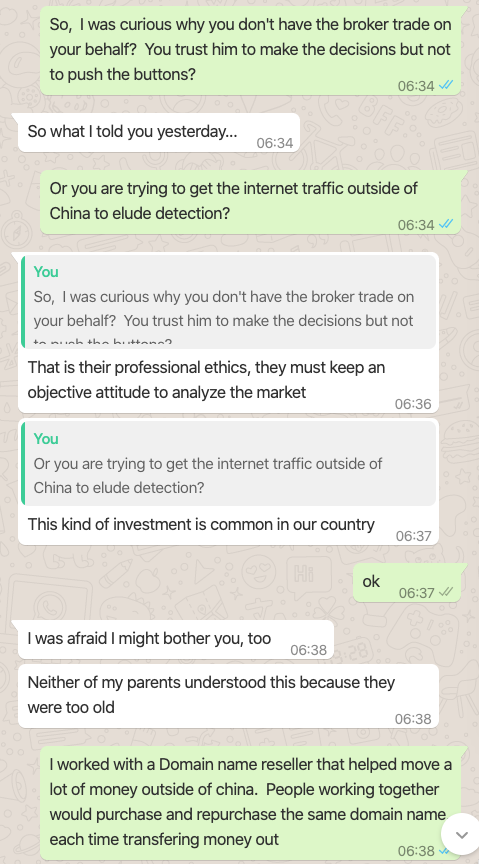 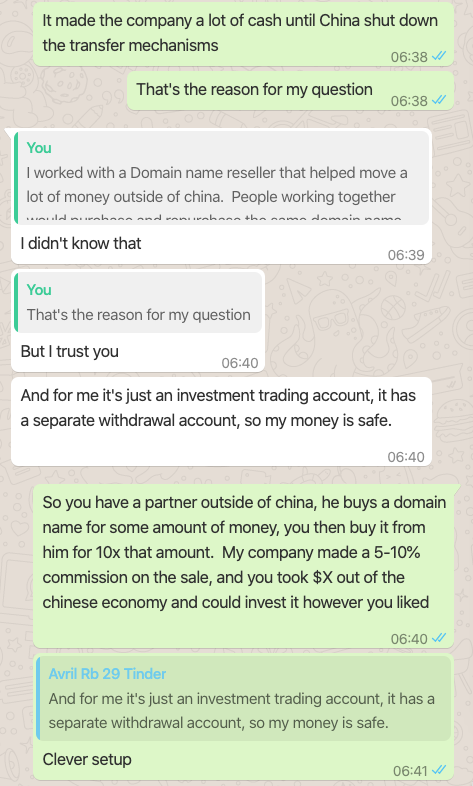 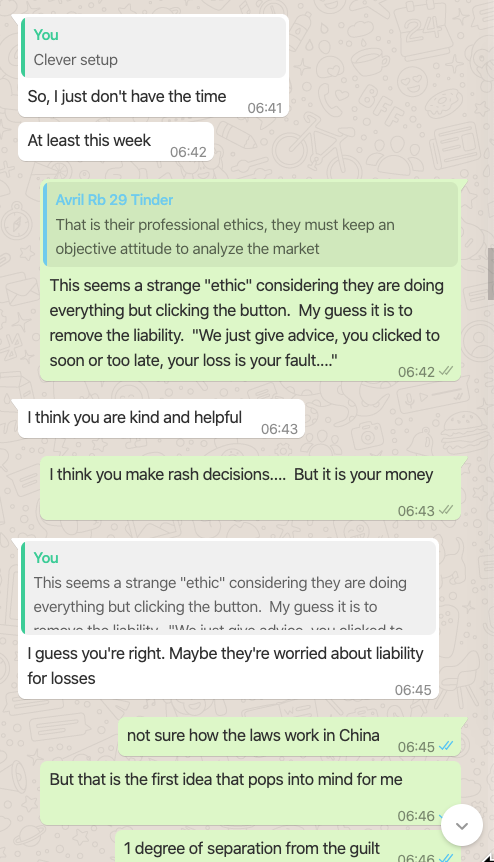 Now this part is even more suspicious because they say they finished WATCHING a 3 minute video in about 2 minutes, on top of saying they can read english, but can't really understand spoken english. (I feel the same way about spoken Spanish, even though I can read a good bit of it). I didn't even notice there was a video on that page, I had read the text instead of watching the video and if their verbal skills are that poor, why would they watch instead of read. 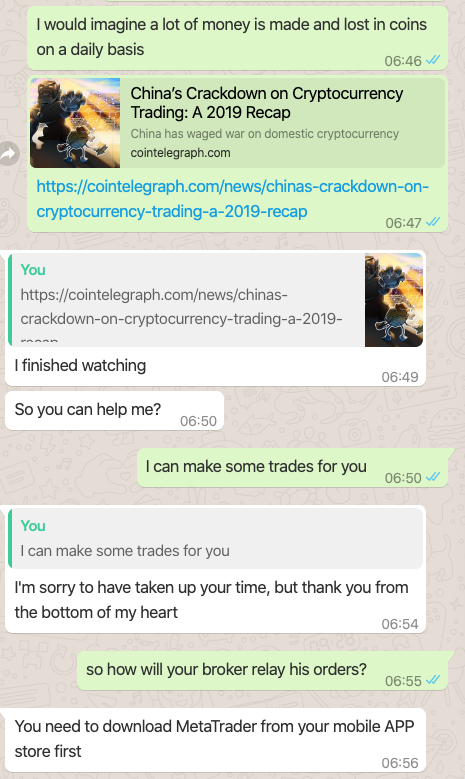 I agreed more out of an interest to see WTF was going on and having no plans to invest any money. The person that owns the account seems to know NOTHING. No terminology, no idea what is going on, just "follows the instructions" of the broker who is some kind of "banking teacher".

So on the first day, they give me the username and password to an account with 50,100 USD in it and a whatsapp contact for "Mr. Wang" who is the broker. He tells me to Sell 5 lots and with some delay (not wanting to create a naked short) I do it. Within the hour he says to close the order and now the account is up to 64,738.50. All of this done trading VTCUSD. Also, the gain in the account did not match the gain shown on the screen when the trade button was pressed, more like 2x the gain.... Then it starts to really get suspicious: 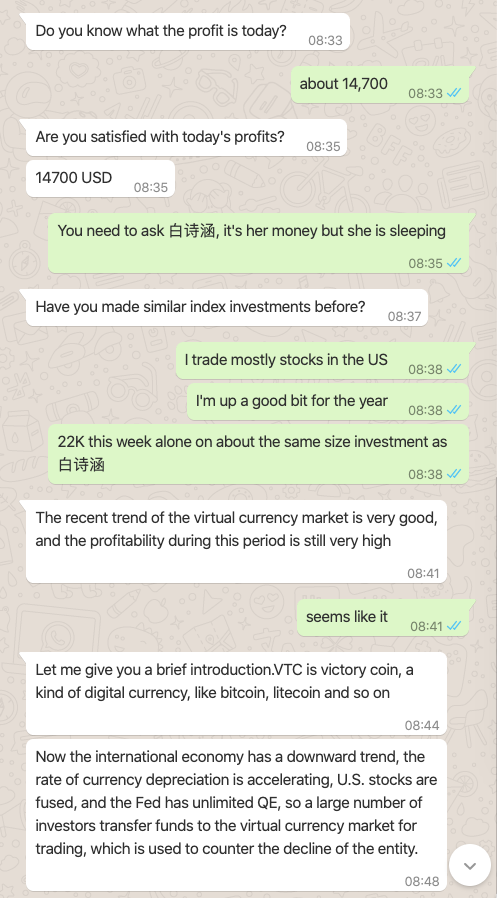 All I can guess is that the two of them are confederates and they are trying to get me to create an account and invest my own money which will lose money rather than gain it. Not going to happen, but that is the only thing I can think of at the moment. Is this some new kind of scam or is this a run of the mill scam?

Yesterday "Mr. Wang" asked me if I wanted to become his client. He has "limited capacity" but I could be working with him because I am her friend....

Then he says this:

I'm surprised they are wasting time with you. Their lack of banking knowledge might typically be helpful to the scam.

People who know a thing or two would be skeptical, and if the scammers are smart, they would have given up on you when you started questioning their logic. Unless they are doing something really clever, I feel like they are trying to trick you into investing; and they just aren't good at reading the signs that you wont fall for it.

I can't really rule out that something more nefarious isn't happening here; but to me it seems like they are either quite bad scammers who can't pick up when someone isn't buying it, or they have a less obvious plan.

Either way, it doesn't seem like they are doing anything legitimate. I would personally suggest that you don't keep engaging with them, and especially don't keep doing any trades on their behalf. If they had you download any programs to do these trades, especially if they linked you to the program themselves, that is another big red flag, and a risk that they have installed malware on the device you used to do the trade. In that case, I would also look at making sure your device is free of malware (probably through a nuke from orbit).

Not the answer you're looking for? Browse other questions tagged scams virtual-currency or ask your own question.

30
Funds deposited in my bank account. Account closed for suspicious activity. Is this a scam?
65
A newer friend of my brother's gave him a load of baseball cards that are supposedly extremely valuable. Is this a scam?
9
Is this company trying to scam me?
45
Are ads on YouTube asking donations for sick children via drove.com a scam?