Why do people buy the stocks of companies that do not pay a dividend and do not have steady growth? [duplicate]

For example, consider an airline company like AIR FRANC KLM.

It doesn't manifest steady growth to support the hope that share price would be higher in the future. At the same time it doesn't pay a dividend. In addition to this, it's prone to risks like CoronaVirus.

And yet, people buy its shares.

This question may be a duplicate of this where the answers suppose that it's because the company will be more valuable in the future (like IT companies).

I see the benefit of buying their shares right now because the company will recover from the Coronavirus and then selling them in the future when the price is stable, I don't see any benefit in buying it. But still, people do?

Am I missing something? 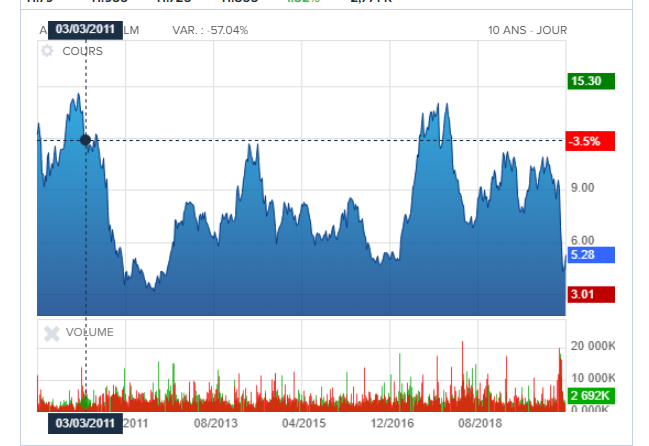 Most companies are worth something. In particular, Air France KLM owns about $33 billion of assets (including airplanes worth about $19 billion), and has about $31 billion in liabilities, so if the company wanted to, it could sell all of its assets, pay off all of its liabilities, and distribute the remaining $2 billion to its shareholders. The only reason for the company not to do this is that the directors think they can do something else which will be more lucrative for the shareholders.

So, nobody knows exactly how much Air France KLM stock is worth, but it's definitely worth more than $0.

Not the answer you're looking for? Browse other questions tagged stock-markets stock-analysis dividends airline or ask your own question.

197
If a stock doesn't pay dividends, then why is the stock worth anything?

46
Why do people buy stocks that pay no dividend?
1
Why does the stock market index get affected when a terrorist attack takes place?
3
According to yahoo finance, Vanguard's Dividend Growth Fund does not appear to have dividend growth. Why is that?
0
Is there benefit in waiting for a stock market to open?
1
Why do stock prices rise when dividends increase?
0
Waiting for a refund that was approved 4 months ago. Company stalling and not getting back to me. Can I charge them interest on the sum they owe me?
0
Why do the paid prices for an accumulating ETF share follow the current net asset value per share?
0
What is the benefit of buying a share