How can one use one's old FBAR form data to populate a new FBAR form?

How can one use one's old FBAR form data to populate a new FBAR form (Report of Foreign Bank and Financial Accounts (FBAR) on FinCEN Form 114)?

I tried exporting/reimporting the form data between some previous year's FBAR form and this year's form via Adobe Acrobat (Edit -> Form Option -> Export/Import), but when trying to submit the PDF on https://bsaefiling.fincen.treas.gov/NoRegFilePDFIndividualFBAR.html I got the following message:

IMPORTANT NOTICE: This form version is no longer accepted as of February 1, 2019. FinCEN is only accepting the latest discrete form version (open a new FBAR form to obtain the latest version) and batch XML files for the FinCEN FBAR. Please see Hot Topics at https://bsaefiling.fincen.treas.gov for more information. 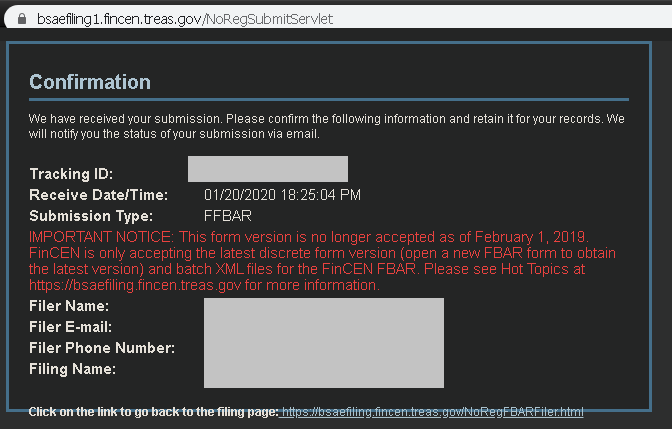 I found the answer on http://blaisegassend.blogspot.com/2019/04/getting-your-data-into-new-fbar-form.html (mirror):

Also, personally, I had to do a 4th action: add the Part I - Section 5: Date of birth in the new form, which for some reason didn't get imported.

To Import/Export the data to/from an XML file: 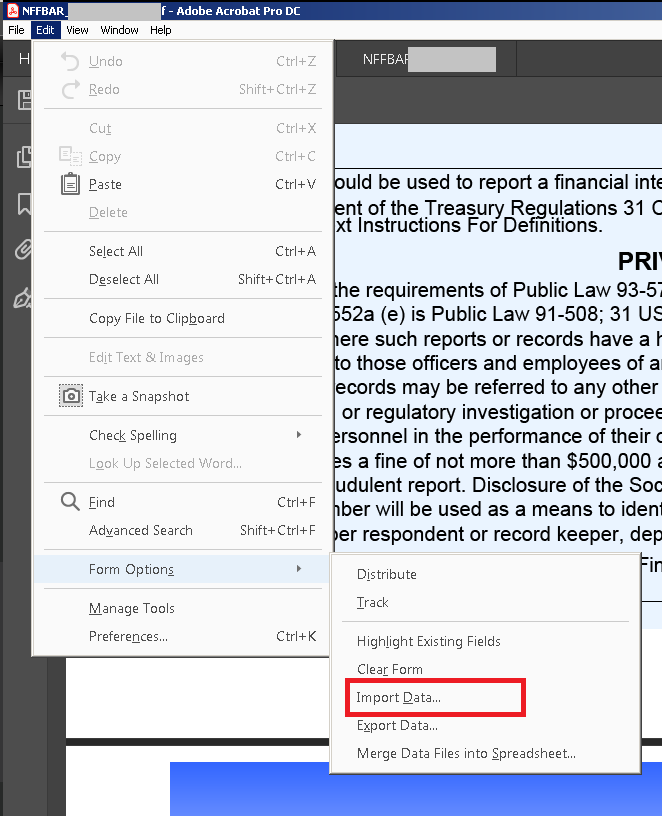 Line to change FFBAR to FBARX in the XML file: 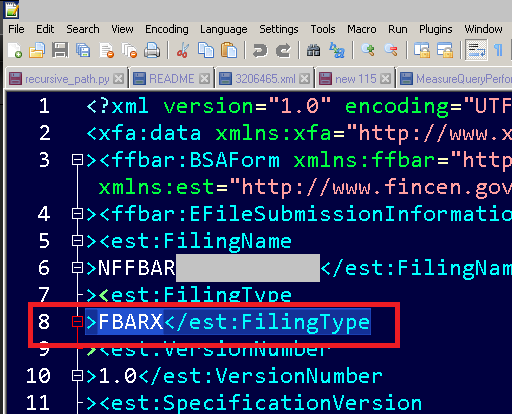 Adding the Part I - Section 5: Date of birth in the new form: 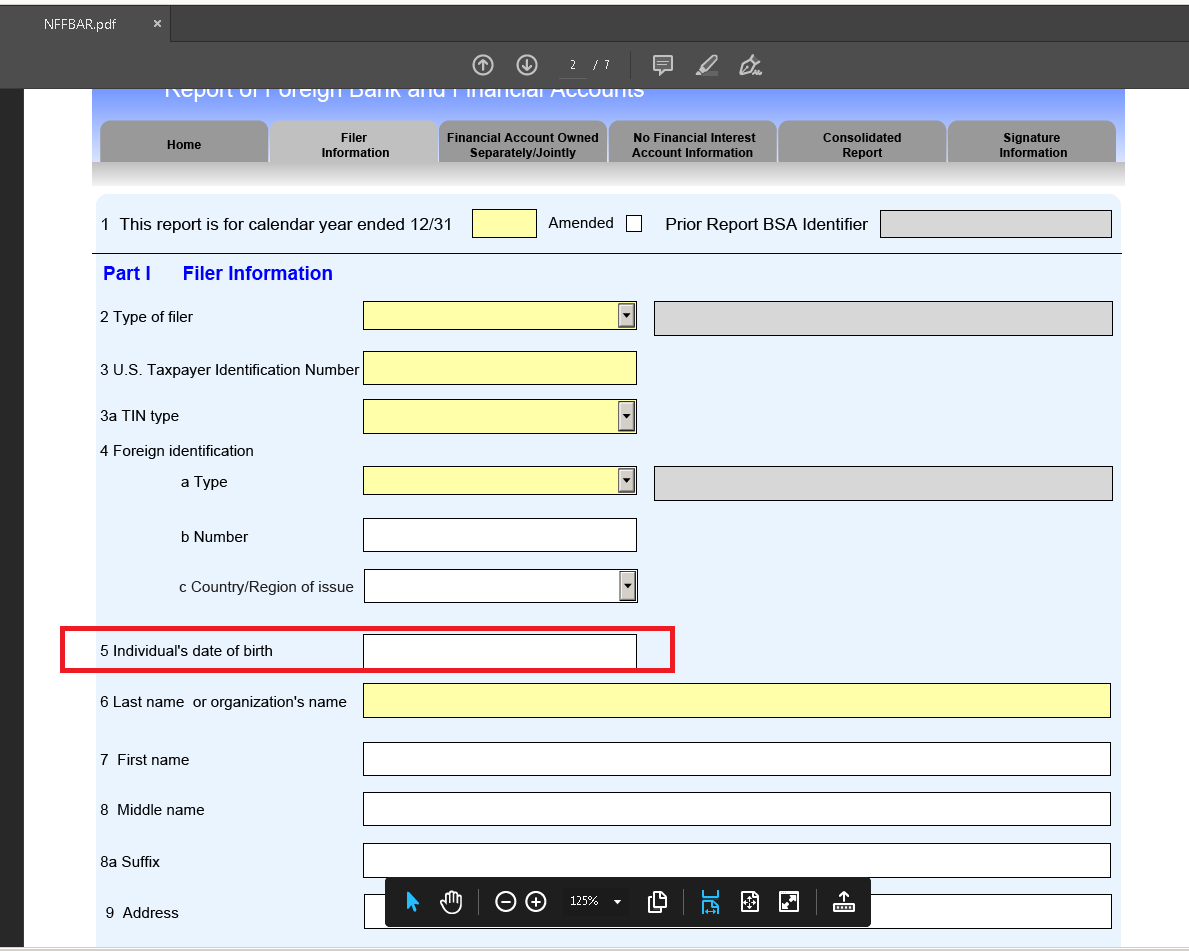 I am having a similar problem with the 2019 form.

I was able to import all the data from 2018 to 2019, however it fails to validate, wrongly saying the value or account number is missing. I tested a second version where I cut and pasted for the first two accounts, and that validated (still a problem with the "state" which I am hoping I can leave blank). Exporting the two files and comparing the two xml archives they are identical, yet one has errors and the other doesn't. This is insane. I wasted 1 1/2 days so I will give up and tomorrow just cut-and -paste, validate as I go, and just hope for the best.

Elsewhere someone said in a previous year: "Don't bother trying to Export/Import data from old form to new using the Acrobat Form Options menu, as that will corrupt the new form and you'll have to start over. Either re-key everything or cut and paste."

5
How does one interpret financial data for stocks listed on multiple exchanges?
0
Can I use a W-2 form that says preview?
1
New York tax forms and software incompatibility
1
Can one claim charitable contribution deduction for data donation?
9
Can I pay off my mortgage with a new one?
1
Where can one view whether one has capital loss carryover from last year on one's tax forms from last year?
0
Refinancing a mortgage: Can I use an appraisal ordered by a previous lender with a new one?
0
for a simple real estate rental LLC, how much data goes on tax form 1065 vs form 8825?