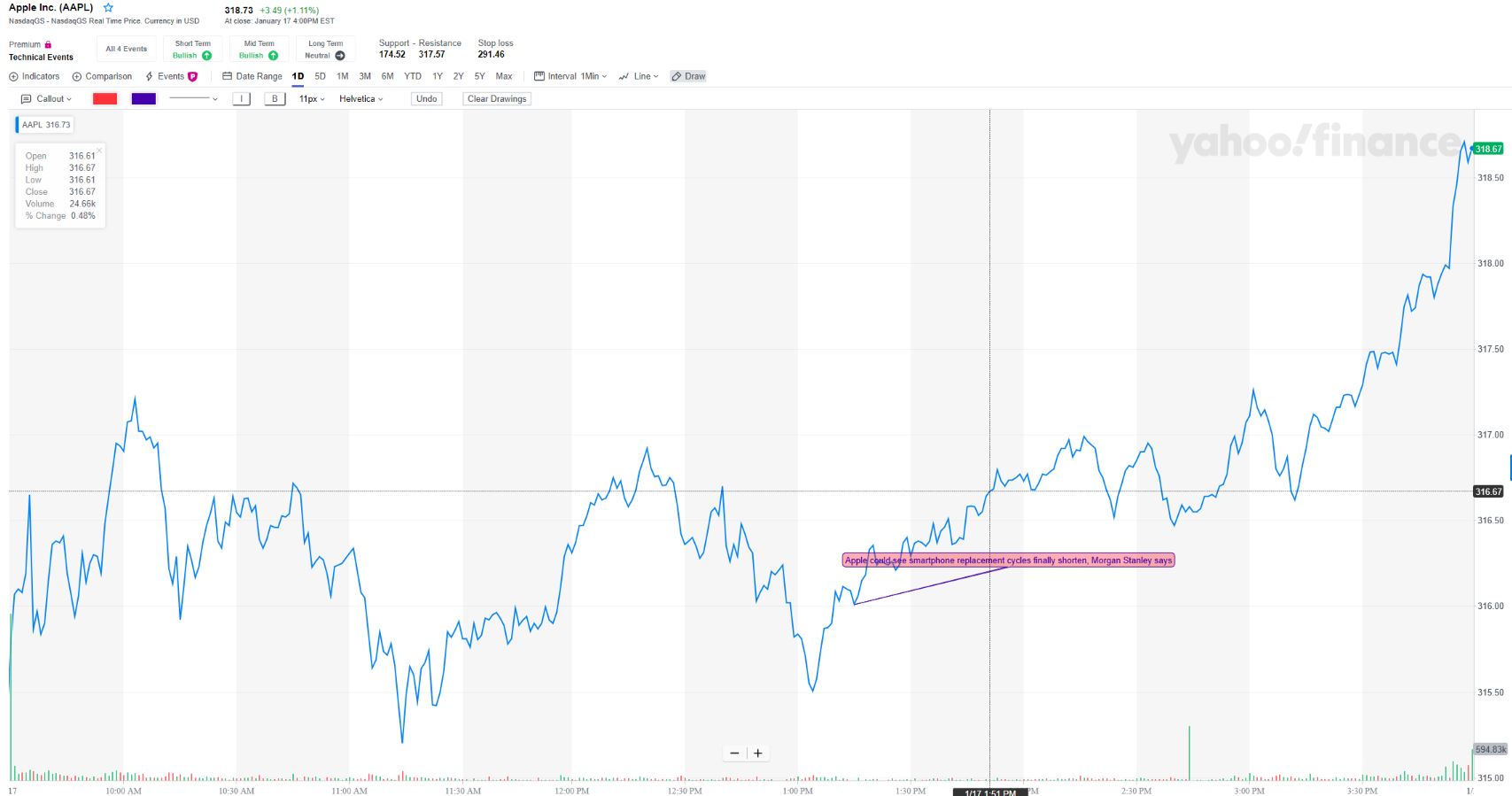 It's a reasonable speculation that the reason behind the surge at 1:15 PM was news. It's also possible that it was just due to institutional buying of AAPL or AAPL getting carried higher by the market at that time. Any decent broker providing a streaming real time news feed would show what, if anything occurred at 1:15 PM. You could check the other possibilities as well.

News from the company is released to the media and all news networks (Dow Jones, Bloomberg, etc.) then report it. Broker specific news comes from the broker, eg. an analyst releasing an opinion about the company.

SEC rules regulate and prohibit "fake news". Watch Sean Hannity if you want some of that :->). Even if analysts and brokers were to"release a positive news when the stock is flat or down? Or negative news when the stock is going higher", do you really think that a little retail guy is going to get in on that? And don't waste your time on pattern recognition as well as looking for bogeymen and conspiracies.

Not the answer you're looking for? Browse other questions tagged stock-analysis or ask your own question.

7
What could cause a stock to trade below book value?
25
Will the popularity of index funds cause a pricing bubble in the stocks that make up an index?
3
Does technical analysis work on small stock exchanges?
0
why do energy stocks trade at lower prices compared to other sectors?
0
How to trade fundamentally good stocks over the short to medium term?
1
Foolproof industry categorization for equities exchanges