How the fee of ETF VTI is calculated?

For the ETF VTI, 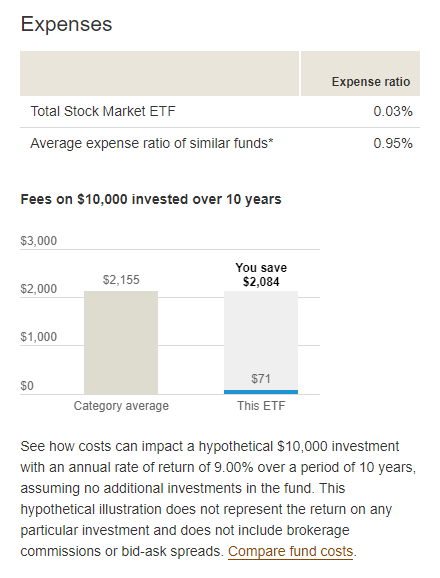 I tried to calculate the fee, but my number doesn't match that $71.

Here is my calculation: 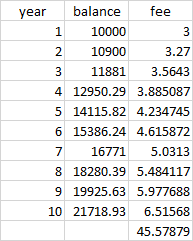 Am I missing anything? The total fee the way I calculated is $45.57.

The formulas I am using are:

There might have been an oversight by someone at the company, but I got the number by doing this

Which is incorrect because the fee will have less value early on (as you have shown in your table) but it gets you to the $71 that they are advertising. 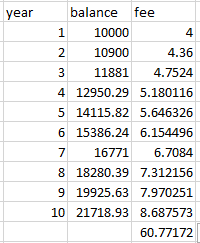 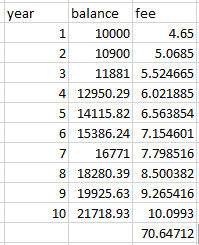 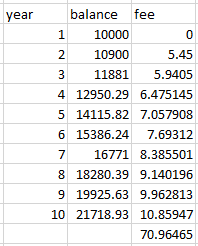 So my guess is Vanguard cut their expense ratio but didn't update this comparison of how little their fees were compared to their competitors.

2
How to calculate the investment fees your portfolio is paying?
13
Is there a fee if you used your debit card as credit card?
2
401k with paltry match or SPY ETF?
2
What is the correct way to calculate the total amount that mutual fund fees will cost me over a certain time period?
4
Building an ETF portfolio: Is it even possible to diversify?
6
Is the Fidelity ZERO Large Cap Index Fund (FNILX) a better alternative to the Vanguard S&P 500 ETF (VOO)?
1
Vanguard S&P500 vs Vanguard U.S. Equity Index Fund
1
Trying to understand mutual funds load and charges