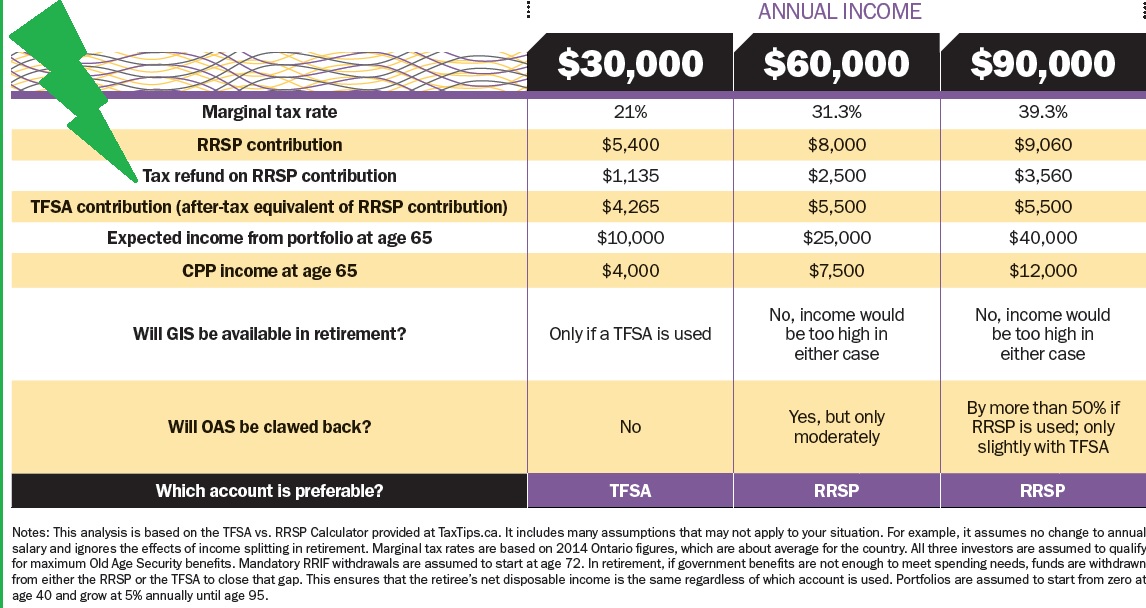 When you contribute money to an RRSP you get a refund of the income tax that you paid on it. This is why RRSPs can be thought of as a tax-deferral system, i.e. you don’t pay income tax on it in the present, but you will have to pay it in the future. Many people fixate on this aspect and complain about how they’ll have to pay taxes on their withdrawals at retirement— what they ignore is the fact that you can invest the initial tax rebate that you get and let that grow between when you initially contributed to the RRSP to when you drew it down.

When you make a RRSP contribution, the amount of the contribution is subtracted in the calculation of the taxible income.

Since, presumably, there has been deductions at source and those deductions were based on the pre-RRSP contribution income of $30,000, the amount withheld at source would probably be $6300.

In other words, the tax withheld at source on the income is $6300 while the actual tax owing is $5166. The difference between the two is $1,134. This is the amount of money which CRA needs to pay as a refund to the taxpayer.

This is the amount which is in the cell intersecting $30,000 and tax refund on RRSP contribution.

The same thing happens for the two other examples, which you can easily work through with a pen and paper or a spreadsheet.