I also asked this question here, for it to get more visibility.

I am calculating expected return for composite option strategies based on event probabilities provided by the broker. For example, consider the following spread 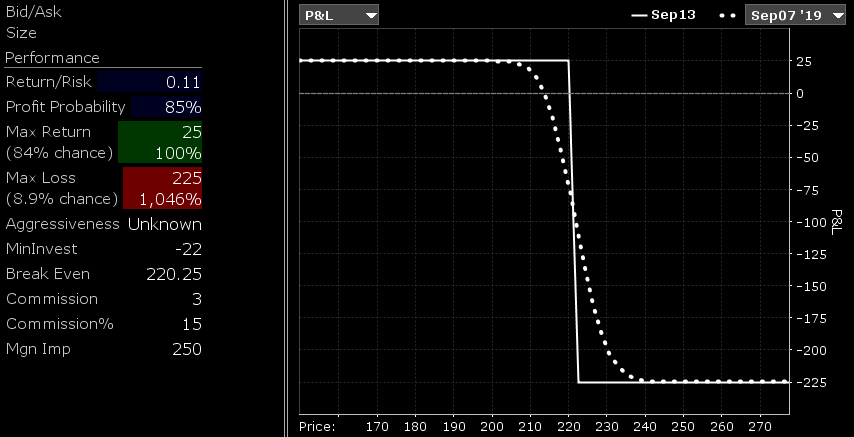 On the left hand side we see:

So basically, I am parametrizing all outcomes by taking a range on the real line x in the range (0,1), corresponding to outcome probabilities. On that range I construct a function as follows:

which linearly interpolates between max return and max loss assigning them the corresponding probability regions. Here a plot of f(x): 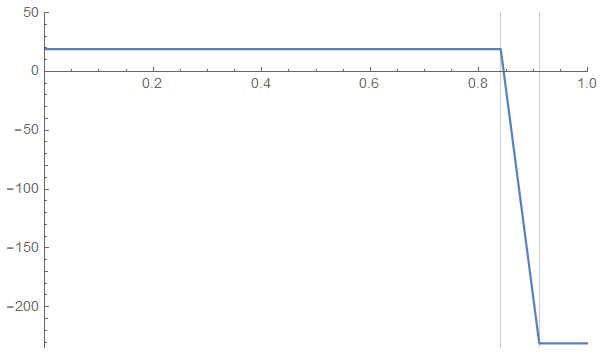 which basically visualizes the weight distribution of returns or losses based on respective probabilities. Now I take the expected overall % return/loss on risk to be given by the integral

In the example above, the expected % return/loss on risk turns out to be I=-0.052, which means one can expect to lose on average about 5.2% of risked capital after a large number of such trades. (Very bad proposition.)

Is the above approach sound, or can you suggest a better way to calculate average expected return?

One thing that makes me skeptical, is that overall Profit Probability is stated by the broker to be 85%, while function f(x) crosses the x-axis at about 0.84 which is a slight deviation. Based on this I suspect that the above approach is not very precise?

Also, note that the function f(x) basically mimics the spread in this case and simply maps the outcomes onto the range x in (0,1). However, the stated probabilities for the outcomes are generated by the broker in the same fashion for any complicated composite strategies. Do you think this calculation may be less reliable for a more complicated strategy?

The problem is very visible in the following setup: 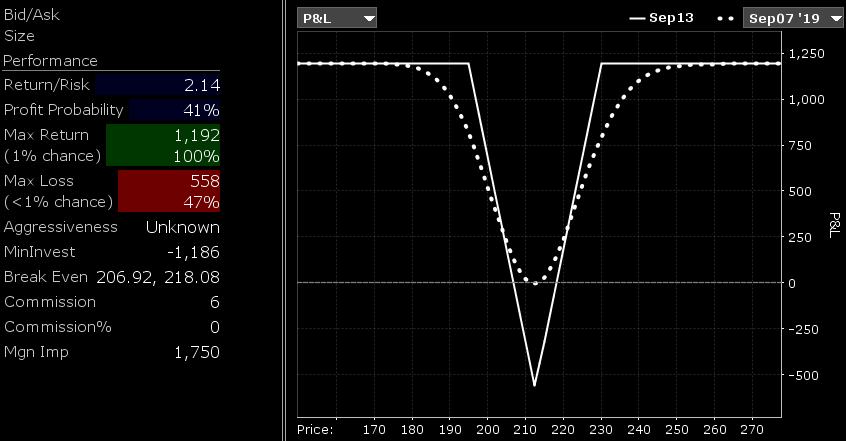 The overall Profit Probability in this case is stated by the broker to be 41%, while constructing function f(x) as above produces the weight curve 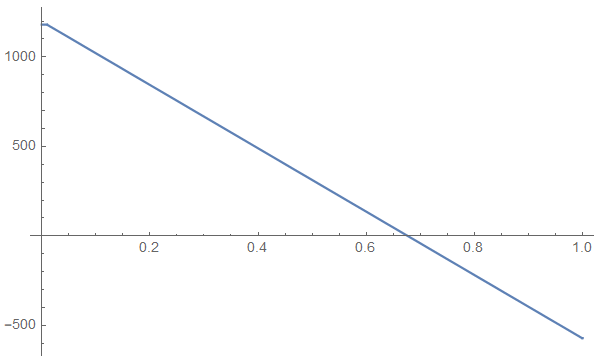 which crosses the x-axis at around 0.675 instead of 0.41, suggesting that there is definitely something wrong with the approach.

Browse other questions tagged risk rate-of-return risk-management or ask your own question.