How to improve geographical diversification?

Recently realised on my investments' geo distribution map that they are largely (~83%) in NA/EU. 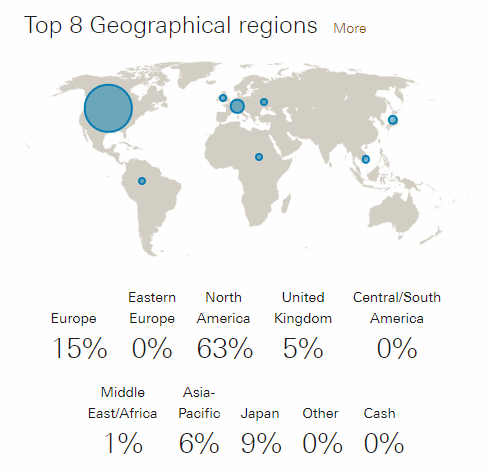 Given this, should I diversify by region further? What kind of ETFs/funds in general avoid NA/EU?

Your index funds may be more geographically diversified than you think, since many companies that are based in the US (for example) actually derive a lot of their business from emerging markets. One admittedly extreme example is Coca-Cola:

Coca-Cola is one of the most globally active international companies, deriving 80 percent of its sales from outside the U.S.

Yes, companies based in region A are affected by economic conditions in that region, especially if economic conditions affect how easily they can raise funds, access credit, etc. However, if there is a downturn in the US, Coca-Cola wouldn't be as affected as other companies because much of their revenue is drawn from consumers outside the US.

(I'm just using the US as an example here; the same logic applies to companies based in the EU, China, etc. but deriving portions of their revenue from other markets)

I readily admit that this answer may not be the most satisfying as data on the share of a company's income earned in each market is not always easy to find. It doesn't necessarily show up in a standardized way in public financial statements, so calculating the geographic diversification for an entire ETF can be daunting.

Not the answer you're looking for? Browse other questions tagged investing etf asset-allocation diversification or ask your own question.