Why are options that cannot be traded in cents still show a last trade as non-five-cent increments?

I read Why do some options trade in 5 cent increments? but despite that I see some options I cannot trade in pennies ( not broker specific), but I routinely see same option being traded by others in penies Please see attached images. Where a option is last traded at 94 cents, but when I tried to put the same order, two brokerages are not allowed. The customer service at those brokerage could not answer, so I hope I can get better answer here. 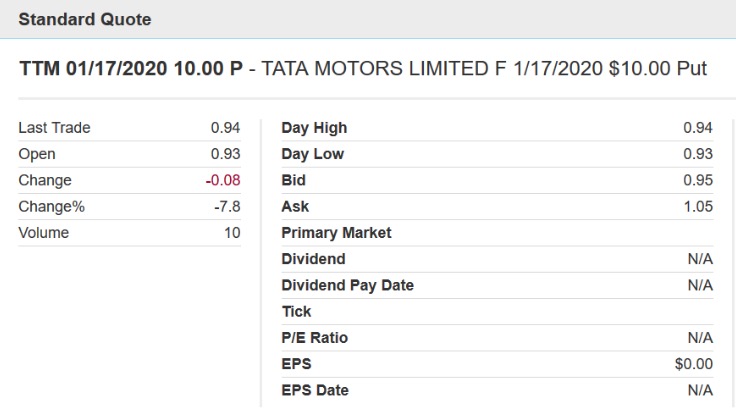 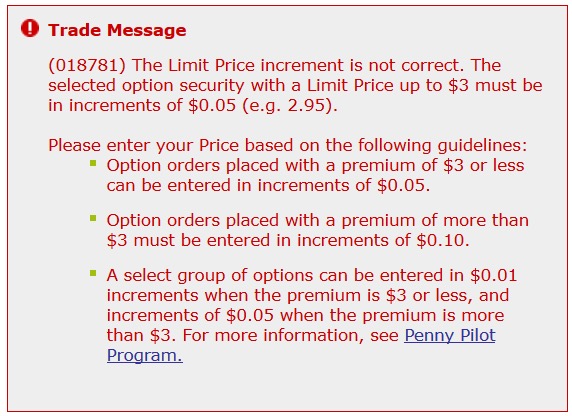 Rules on quote width are complicated and there are a number of exceptions. Each exchange has its own rules.

A market maker is not rigidly limited to five to 10 cent increments. The legs of a combo order such as a spread can be filled at any price even though the legs are quoted in 5 cent increments.

Not the answer you're looking for? Browse other questions tagged united-states stocks trading options or ask your own question.

3
Why do some options trade in 5 cent increments?
0
What is this option strategy called?

1
How to buy options on a specific security?
3
Fill price above my ask - how is that possible?
5
Investing / Options idiot - how can I get out of this position?
3
Why do some options trade in 5 cent increments?
4
Is SIPC a scam or does it protect investors from fraud?
3
Why Options trading is charged on per contract basis
0
Need some familiarity with OPTIONS. What are the basic facts?
1
How to physically trade derivatives, options and bonds in the UK
1
How to interpret option trades in a stock pending buyout
2
can I trade stocks in IEX with Interactive brokers?